AT EASE IN ZION
Listen At ease in Zion is bringing many nations, and individuals, under the influence of the ungodly with little being offered towards opposing the enormity of the problem.  There is a gigantic reach forward as the tentacles of the unrighteous encourage acceptance of the previous unacceptable.

Scripture reveals: Woe to them that are at ease in Zion, and trust in the mountain of Samaria, which are named chief of the nations (notable persons), to whom the house of Israel came (Amos 6:1).  It was noted that they trusted in uncertain riches, consuming them with lusts, were thoughtless about their future; having not gained the true sight of sin or any sense of danger regarding it.

Zion, in reference to the church, is in many instances at ease, wholly unconcerned, not troubled about unsound doctrines that are being presented; with such carnal (fleshly) individuals not being called upon to wake out of their sleep, their beds of ease and comfort, or to shake off their carnal insecurity!

At Ease in Zion
Onrush of Ungodly Activity

The city of Samaria, built on a mountain, a strong fortified city, thought they were safe; being confident in their own strength, wealth, and might. We are living in a time that those who are at ease in Zion have no concern towards the overflowing rush of ungodliness that is sweeping the land.

Allowances being made towards ungodliness is taking away the very breath of righteousness and holiness within the church, by indulgence in worldliness with its attributes and allurements. Those who are at ease in Zion are satisfied with sensual pleasures, storing up the treasures of this world, at ease concerning their future, having become complacent with little regards towards opposing any ungodly activity rather relishing in such.

It was noted that we are living in a very permissive day when the religious world is so tolerant to most any and all kinds of standards and lifestyles.  This permisiveness and tolerance is the result of a self-willed and carnal minded society.

As a result of such tolerance and permissiveness, there are many churches, and even denominations, which have altered their teachings, their standards, and even their interpretations of the Scriptures to please, to comply with and accommodate this permissive and tolerant society. Very few people this day hold to their heart's convictions; they change to blend in with their environment.

Cultural Drift of the
Church 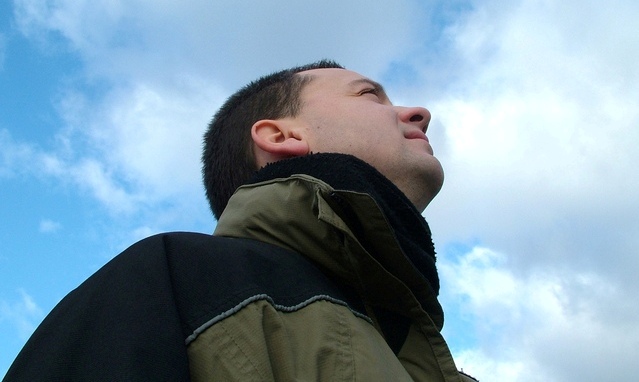 Sometime prior to his death, General Booth of the Salvation Army uttered this significant prophecy: I consider the chief dangers that confront the coming century will be Religion without the Holy Ghost; Christianity without Christ; Forgiveness without regeneration; Morality without God; and Heaven without Hell.

Those words are being fulfilled as we see an influx of contentment rather than concern; with many becoming at ease in Zion, with acceptance of what is being presented to the church as norm.  It is as a cancer that is not detected until it gets to an advanced stage.

There is a new generation, and leadership in many instances, that see no need to oppose the cultural drift of the church; embracing what is perceived as enhancement of the church and its influence in the world; by adopting the ways of the world with ungodliness being promoted.

Challenge of Social and
Moral Behavior

It was noted that in the days of the prophet Jeremiah his words enraged the people. He challenged their social and moral behavior. He held his ground and was not afraid to give them unpopular criticism.  Has the church become of such a nature that there are few Jeremiah's sounding the alarm?

Are we seeing the traditional church slowly dying out as modern day churches offer secular entertainment, with words that tickle the ear rather than what is needs to be proclaimed, in line with God's Word, to awaken one from being at ease in Zion?  The motivational speaker, in the flesh, cannot replace a Spirit-filled man of God proclaiming the truths of God's Unadulterated (Pure) Word.

Cords of the Wicked

Let them be disappointed of their views, aims, and ends, after pursuing their sought after designs and fleshly accomplishments; for they despise the laws and ordinances of God's Word, the discipline of God's house, for they cannot bear to be under or submit to it; being rebellious against it, who shall be judged accordingly.  Scripture reveals: It is appointed unto men once to die, but after this the judgment (Hebrews 9:27).

Scripture reveals: Seeing you know these things beforehand, beware, lest you also, being led away with the error of the wicked, fall from your own steadfastness.  But grow in grace, and in the knowledge of our Lord and Savior, Jesus Christ (2 Peter 3:17-18).  It was noted that one is not to take a fence down until they know the reason it was put up.

Many today are attempting to tear down the fence of righteousness; towards acceptance of ungodly ways, without seeing why it was placed there in the first place (in line with God's Word).  There is an inroad towards embracing the world, that is not of God but of the fleshly side of man.  The church needs to be aware of such so as not to be overcome by it, by allowing tolerance and acceptance to become the norm of the day.

Need of Physical or
Spiritual Support

Scripture reveals: And Moses said to the children (sons) of God and to the children (sons) of Reuben, shall your brethren go to war, and shall you set here (Numbers 32:6)?  It was noted that it was not reasonable that while other tribes of Israel engaged in a war with common enemies, to dispossess them of their land before they settled into it, that you (tribe of Reuben) remain here, at ease in Zion, and not partake as your brethren?

Those words indicate that one can be at ease in Zion, in their own comfort zone, with little concern for brethren that are in conflict elsewhere; in need of physical or spiritual support.  Moses was pointing out the unity of the brotherhood of the tribes of Israel; as we the church, need to be unified towards the state of the church worldwide.

It was noted that things that once would have shocked Christians are now commonplace.  There is much that does not disturb the church (being at ease in Zion) like it once did.  Many Christians have been lulled into believing that all is well.  There may be small victories, a revival here, a church doing a good work there, but where is the moral outrage necessary to petition God for a new reformation or another great awakening?

Those words ring loud and clear and should awaken those at ease in Zion.  There is a need for a Holy Ghost (God's Spirit) revival to enhance the lives of those who have fallen asleep in Zion.  Recommitment needs to take place wherever it is lacking!

A report revealed the the Spirit of Pentecost grew national and international acclaim through the Azusa Street revival that began in 1906 at the Apostolic Faith Gospel Mission at 312 Azusa Street in Los Angeles, California.

That old frame building on Azusa Street became a spiritual center for many years attracting many.  There was enthusiastic congregational singing, spontaneous testimonies, prayer in unison, with sermons on simple biblical themes by lay preachers.

Many ministers, who had previously been influenced by the Holiness movement, believed that the complacent, worldly, and cold formal church (those at ease in Zion) needed to be revived by another great outpouring of God's Spirit.  Desiring to rid their churches of formalism and worldliness; they wanted to transform their congregations into Spirit-filled communities like those described in the Book of Acts.

The prophet Isaiah, in speaking the words of the Lord, cried out: Come now, and let us reason together, saith the Lord: though your sins be as scarlet, they shall be white as now; though they be red like crimson, they shall be as wool.  If you be willing and obedient, you shall eat of the good of the land: but if you refuse and rebel, you shall be devoured with the sword; for the mouth of the Lord has spoken it (Isaiah 1:18-20).

This reveals such a need existed, with a warning issued, that if one remained at ease in Zion, unconcerned and uncaring, it would be costly.  The prophet Isaiah reminded the people that God stands ready to cleanse and forgive all who will turn to Him.

But if you turn away, and forsake my statues and my commandments, which I have set before you, and shall go and serve other gods, and worship them; then shall I pluck you up by the roots out of the land which I have given you; and this house which I have sanctified (set part) in my name, will I cast out of my sight, and will make it a proverb and a byword among all nations (2 Chronicles 7:19-20).

While this promise was originally given to King Solomon regarding the people of Israel, it is applicable to all who will call on the Lord in repentance and faith.  It is a high expression of God's loving readiness to hear the prayers of a repentant people.  At ease to Zion is an awakening call to the church, not to be allured towards acceptance of worldly standards but to adhere to God's Unadulterated (Pure) Word.