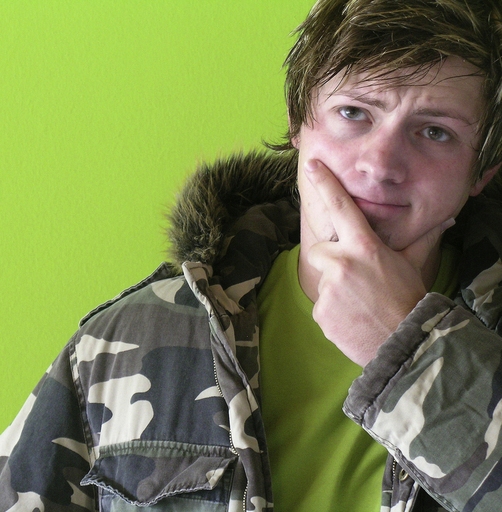 Calling evil good is a trait that is as the pre-Flood days of Noah, Sodom and Gomorrah, and Babylon the hold of every foul spirit; dealt with destruction by God.

It was noted calling evil good, and good evil, is to excuse the one and reproach the other.  We are seeing a trend to infiltrate Christianity with the traits of this world (secularism); rather than separate oneself from its influence.

When one puts darkness for light, and light for darkness; bitter for sweet, and sweet for bitter, they are putting one for another; yet there is a vast difference between good and evil, between light and darkness, sweet and bitter!

Sodom and Gomorrah were noted for its ungodly sexual activity (homosexuality); along with God's judgment coming upon them. Scripture reveals: God turned the cities of Sodom and Gomorrah into ashes condemned them with an overthrow (destruction), making them an example to those that after (afterward) should live ungodly (2 Peter 2:6).

Calling evil good allows the infiltration of evilness; before forbidden, but now is openly proclaimed with pride. Scripture reveals: Were they ashamed when they had committed abomination? No, they were not at all ashamed, neither could the blush; therefore they shall fall among that that fall: at the time that I visit (punish) them they shall be cast down, saith the Lord (Jeremiah 6:15).

This was in reference to Judah's moving in its own path, following its own way, having no fear of God, nor of impending judgment if repentance was not forthcoming.  There are nations in such a category; sharing evil for good, allowing bitter for sweet, to impede any spiritual growth or holy attributes.

The term evil denotes morally objectionable behavior that would cause harm, destruction, or misfortune; having the quality of being morally wrong, the nature of vice, and exhibiting bad moral qualities rather than good. Having such a nature is to identify one as morally corrupt, with a wicked heart, thoughts, and words; promoting sorrow, distress, injury, calamity, and the judgment of God.

It was noted that calling evil good is not in harmony with the divine order of God, both moral and physical, living in sin, without conformity to the moral law of God. Where there is a laxity of teaching and preaching God's Word; evil becomes more pronounced, and openly proclaimed.

Diminishing of Once
Held Greatness

A famous 19th century French statesman, and historian, traveled to a new land to discover the reasons for its incredible success. He wrote: I sought for the key to her greatness in her harbors; in her fertile fields and commerce; in her public school system and institutions of learning.

I sought for it in her democratic congress and in her matchless Constitution. Not until I went into the churches and heard her pulpits flame with righteousness did I understand the secret of her genius and power!  This is diminished by calling evil good and good evil; which places nations adrift from God?

The term good is that of moral excellence; promoting and enhancing well-being, success, and welfare; not bad, corrupt, evil, offensive and troublesome traits of an evil nature that is being nourished, and allowed to grow unheeded by calling evil good and good evil. There is a promotion of ungodliness was once condemned; as many take a tuck head approach rather than face criticism for standing for the truth!

We are seeing an erosion of once held godly values as the plate of acceptability becomes more prominent in nations, who previously bore strict allegiance to God's Word.  Calling evil good is becoming more prevalent; as tolerance and acceptability come to be the norm, through a younger generation of believers.

Many of the younger generation no longer bear the godly traits of the previous generation; a generation that could have been inducted into the Hall of Truth for having followed and proclaimed God's Unadulterated (Pure) Word!

It was noted that we live in a culture that is increasingly hostile to God, with many dismissing God from their lives.  No individual, or nation, will be good without God. Nations ancient and modern have been wicked and cruel, and have inflicted unspeakable misery on mankind, for having rejected God's Word.

Where there is no fear of God, no reverence for God, every evil can and will abound.  The ideal that we humans will be good without God is a deceptive fallacy.  When people are devoid of the knowledge and wisdom that come from believing God, and having reverence for Him, they become morally corrupt, exceedingly evil, violent and destructive.

Far Too Few Sounding
the Alarm

Voices are still sounding the alarm against calling evil good; but far too few!  Scripture reveals: If the trumpet give an uncertain sound, who shall prepare himself for battle (1 Corinthians 14:8)? The custom of many nations, when about to engage in war in biblical times, made use of the trumpet to gather the soldiers to prepare them for battle.

But if the trumpet gave an uncertain sound there would be no preparation for battle. Calling evil good and good evil should be an occasion for sounding the alarm; of giving notice of an impending battle for good over evil, rather than allow evil to prevail.

Many have become immune or desensitized towards the evilness invading the land.  The calling of evil good and good evil is very much prevalent rather than being condemned; with many being content to ignore evilness as long as it does not affect them.

Many are becoming desensitized to nudity, profanity, and immorality being promoted by the ungodly.  The morality of yesteryear is fast disappearing as indulgence of immorality increases; no longer looked upon with reproach.

Scripture reveals: This is the condemnation, that light (the Lord Jesus Christ) is come into the world, and men loved darkness rather than light, because their deeds were evil. For every one that does (practices) evil hates the light, neither comes to the light, lest his deeds should be reproved (exposed) (John 3:19-20).

It was noted that many today have fellowship with the works of darkness (so prevalent in our society today), walking in their own way, and in the vanity of their own mind, delighting in the company of those living in darkness (sinfulness), with no desire to follow Christ; to receive His message of salvation, instead they love darkness (a sinful lifestyle without God) rather than light (the Lord Jesus Christ).

The Psalmist said: I had rather be a doorkeeper in the house of my God, than to dwell in the tents of the wicked (Psalm 84:10).  It was noted that a day in the house of God was a delight, holy and honorable, being in attendance to His Word, in worshiping in spirit and truth; in divine service, assisted by the Spirit of God, doing everything in faith, from love, and a view to the glory of God.

A day spend in religious exercises is better than a thousand in other places, especially in places of sin, in the company of wicked men; under the influence of Satan, and living in a ungodly manner.  One day's communion with God, in His house, cleaving to God, and His only begotten Son, the Lord Jesus Christ as one's Lord and Savior, is far better resulting in a heavenly reward.

Be Not Conformed to
This World

Scripture reveals: Be not conformed to this world; but be you transformed by the renewing of your mind, that you may prove what is that good, and acceptable, and perfect, will of God (Romans 12:2).  Be not overcome of evil, but overcome evil with good (Romans 12:21).

It was noted that one is to resist being poured into the mold of the present day thinking, value system, and conduct of this world. Those who are calling evil good and good evil are not of God; but in servitude to the enemy of one's soul (Satan).  Scripture reveals: That they (who find themselves in such a category) may recover (come to their senses) out of the snare of the devil (Satan), who are taken captive by him at (to do) his will (2 Timothy 2:26).

Scripture reveals how the Christian is to conduct oneself towards those who are in darkness (without God and the Lord Jesus Christ): In meekness instruct those that oppose (are in opposition) themselves; if God peradventure will give them repentance to (so they may know) the acknowledgement of the truth (2 Timothy 2:25).

That God so loved the world (you and I) that he gave his only begotten Son (the Lord Jesus Christ), that whosoever believes in him, should not perish, but have everlasting life (John 3:16).  It is imperative that a decision be made for Scripture reveals: He that believes on the Son has everlasting life, and he that believes not the Son shall not see life; but the wrath of God abides (remains) on him (continues in an unsaved state) (John 3:36).