HEARTBEAT OF A NATION

By Roy Burner - Minister of the Gospel 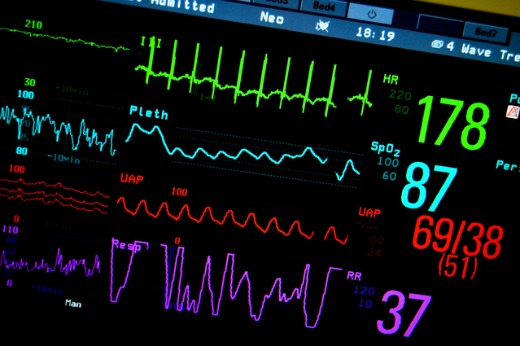 Heartbeat of a nation is a vital unifying force, or pulsation, the seat of affections or sensibilities, the aspiration of actions and character.  It also represents the seat of moral life with an inner desire based on the Word of God.

Scripture reveals that the heart of him that has understanding seeks knowledge; but the mouth of fools feeds on foolishness (Proverbs 15:14).  (Comment)

Heartbeat of a Nation - Heart as Flint

The heartbeat of a nation was identified by the prophet Zechariah, who said:  They made their heart as flint, lest they should hear the law, and the words which the Lord has sent in his spirit by the former prophets: therefore came a great wrath from the Lord (Zechariah 7:12).

The people of Zechariah's day had failed to heed "What Thus saith the Lord" as many of today who have set their faces as flint when it comes to the Word of God.  There are a number of individuals, organizations, and institutions that would sway the heartbeat of a nation towards ungodly ways, with their own desired lifestyles, which could bring the wrath of the Lord as in Zechariah's day!

The apostle Paul wrote:  Well said the Holy Ghost (that of God's Spirit) by Isaiah the prophet, saying:  Go to this people, and say, Hearing you shall hear, and shall not understand; and seeing you shall see, and not perceive:

There are many nations who have attempted to shut off the flow of the Gospel message for various reasons.  The heartbeat of such are no longer tuned into "What Thus saith the Lord."  Their pathway is lined with the ungodliness and immorality of man.

The Ungodliness of Man

The heartbeat of a nation should not be in the ungodliness of man but godliness that God commands.  Scripture reveals that the wrath of God is revealed from heaven against all ungodliness and unrighteousness of men, who suppress the truth in unrighteousness (Romans 1:18).

Many once godly nations have allowed the shifting of venue; a withdrawal from the righteousness of God to the unrighteousness of man.  God's Word is being flaunted as man institutes his own desired lifestyle; with laws and rulings made to accommodate such lifestyles.

Promotion of ungodliness is being instituted through mainstream and social media, television, films, and education of the youth.  The venue of ungodliness is being accommodated by acceptance rather than rejection!  The heartbeat of a nation then becomes insensitive to God's Word falling into the sinful state of man.  Sin is costly as it separates one from God!

Many once godly nations  have drifted from the moral compass of yesteryear; allowing the ungodliness of man to flourish openly with little reproach, or determination to stop that flow which is gaining ground.

The vastness of such is undermining the heartbeat of the nation that once prevailed toward the righteousness of God.  What is condemned in God's Word is becoming the norm.  The Sodom and Gomorrah era (2 Peter 2:6) is being revived again; Babylon spoken of in the Book of Revelations can be seen rising its ugly head as the hold of every foul spirit (Revelation 18:2)!  God's wrath was pronounced on both for continuation of ungodliness rather than repentance!

Taking the Word of God to Heart

Where sin abounds grace does much more abound (Romans 5:20).  Shall we continue in sin that grace may abound?  The apostle Paul responded with a resounding, God forbid!  Let not sin reign in your moral body, that you should obey it in the lusts thereof (Romans 6:12-13).

Know you not, that to whom you yield yourselves servants to obey, his servants you are to whom you obey; whether of sin to death, or of obedience to righteousness (Romans 6:16).  The heartbeat of a nation is normalized when one takes the Word of God to heart!

Introduction and Acceptance of Sin

Many nations have allowed the introduction and acceptance of sin to flourish within their borders.  There was the initial coming out of the closet; but now such is openly flaunted before all, with demand towards acceptance!

The prophet Jeremiah, in speaking God's Word, cried out:  Were they ashamed when they committed abomination?  No, they were not at all ashamed, neither could they blush: therefore they shall fall among them that fall: at the time that I punish them, they shall be cast down (Jeremiah 6:15).

A Bible commentary noted:  The people's stubborn refusal to walk in the traditional ways of righteousness is often mentioned by Jeremiah.  Moving in their own path and following their own way would lead to their destruction.

A Price to Pay - Unless Repentance is Forthcoming

If the heartbeat of a nation is not in tune to God; and His Word, there is a price to pay, unless repentance comes as in the case of Nineveh of old, who believed God and repented of their evil ways (Jonah 3:10).  Thank God, that the door is open to the repentant in heart!

Jesus, the only begotten Son of God (John 3:16), extends an invitation to all:

I stand at the door (the door of one's heart), and knock: If any man hear my voice, and open the door (only you can), I will come into to him, and will dine with him, and he with me (Revelation 3:20)!

Pray that the heartbeat of the nation will be towards the God of all creation!  If one has walked away from such; God's Word reveals an open door towards repentance:

If my people, which are called by my name, shall humble themselves, and pray, and seek my face, and turn from their wicked ways; then will I hear from heaven, and will forgive their sin, and will heal their land (2 Chronicles 7:14).

This promise was originally given to King Solomon regarding the people of Israel but it is applicable to all who will call on the Lord in repentance and faith!

MOST VISITED WEBPAGE IN FEBRUARY