Present day mentality is notably different than yesteryear; for we live in an electronic age that changes the thought patterns of many nations and individuals.  A new scope of reasoning plays into focus that can either be of a beneficial or destructive nature depending on the path one embarks on.

There is a new wave of mainstream and social media that is very much bias; if one has no other news outlet for comparison, one could easily be influenced by the daily bombardment of enhanced propaganda being but forth.

One's present day mentality consists of one's attitude and way of thinking.  There are many that are being programmed towards a siege style mentality.  Such are influenced by what has been injected into their thought pattern, processed, accepted, and acted upon.

Many today are jumping on the bandwagon of such a mentality; as that of a puppet being controlled by a puppeteer, which dances to the glee of the puppeteer.

Scripture reveals: Now the Spirit speaks expressly, that in the latter times (which we are in) some shall depart from the faith, giving heed to seducing (deceiving) spirits, and doctrines of devils; speaking lies in hypocrisy, having their conscience seared with a hot iron (1 Timothy 4:1-2).

Having one's conscience seared is to be led astray from the truth, falling into a siege type mentality that goes along with the crowd.  One can be programmed into present day mentality; by listening to the tune of the present day drummer, rather than embracing the mentality of yesteryear that was aligned with God's Word.

Having one's conscience seared is to have it so hardened that it is past seeking any truth as it feeds upon falsehoods.  Acceptance comes into the limelight; through much clamoring, on the part of those who wish their viewpoint to be accepted.  There has come an elevation of such; along with developing a hardness of heart towards the Word of God which has identified the truth throughout the ages of man.

Jesus said to those Jews which believed on him: If you continue (abide) in my word, then are you my disciples indeed; and you shall know the truth, and the truth shall make you free (John 8:31-32).  When one seeks out the truth, that lines up with God's Word, they can breakaway from any dictatorial type agenda that is attempting to influence them!

There is a breathing in of ungodliness that ushers in deceptive practices; with many being swayed by its influence.  There is a present day mentality that enables acceptance, rather than rejection, in a magnitude that should trouble one's spirit; as that of Lot.

Scripture reveals: For that righteous man dwelling among them, in seeing and hearing, vexed (tormented) his righteous soul from day to day with their unlawful deeds (2 Peter 2:8).  Lot dwelt in Sodom, which was later turned into ashes as an example to those that afterward should live ungodly.

Scripture reveals: God turned the cities of Sodom and Gomorrah into ashes condemned them (to destruction) with an overthrow, making them an example to those that after (afterward) should live ungodly (2 Peter 2:6). Many nations have embraced ungodly ways that make the sins of Sodom seem small in comparison.

Violence in the Land 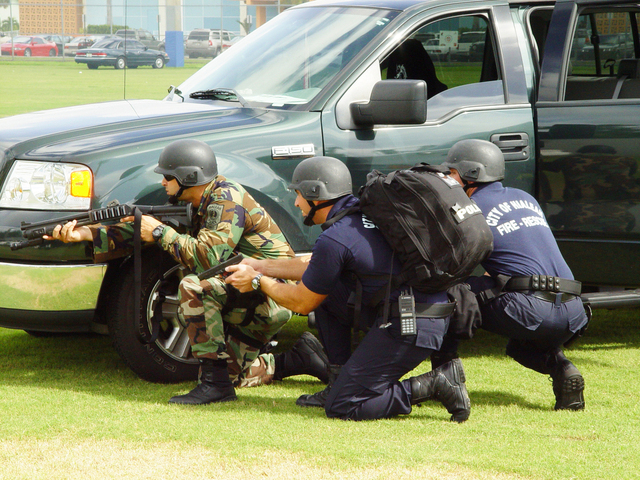 We wonder why we are seeing violence in the land; with little said about its promotion through television, internet, movies, mainstream and social media, along with other electronic devices which readily programs one's mind towards acceptance.

God is being locked out; as present day mentality allows the killing of the unborn, acceptance of homosexuality (one of Sodom's major problems), same sex marriage that ignores God's ordained marriage between one man and one woman,  a transgender movement that questions God-given gender identification; to name but a few of the ungodly traits that have been adopted.

We are seeing a present day mentality of acceptance, even by some in the church, with tolerance towards that which was previously unacceptable.  Lifestyles that was once hidden, due to shame and unacceptability are now boldly proclaimed before all!

Scripture speaks of those who walk after (according) to the flesh, in lust of uncleanness, and despise government (authority).  Presumptuous are they, self-willed, they are not afraid to speak evil of dignitaries (2 Peter 2:10).  They speak evil of the things that they understand not; and shall perish in their own corruption; and shall receive the reward (wages) of unrighteousness, as they count it pleasure to riot (revel) in the daytime.  Spots they are and blemishes, sporting (reveling) themselves with their own deceiving while they feast with you (2 Peter 2:12-13)

For when they speak great swelling words of vanity (emptiness), they allure through the lusts of the flesh, through much wantonness (licentiousness), those that were clean (indeed) escaped from them who live in error.  While they promise them liberty, they themselves are the servants of corruption: for of whom a man is overcome, of the same is brought in (into) bondage (2 Peter 2:18-19).  This perfectly describes the present day mentality of many.

God's Word warns the believer in Christ:  Seeing you know these things before (beforehand), beware lest you also, being led away with the error of the wicked, fall from your own steadfastness.  But grow in grace, and in the knowledge of our Lord and Savior Jesus Christ.  To him be glory both now and forever (2 Peter 3:17-18).

In the prophet Jeremiah's day God seen that there was no shame in the committing of abomination, speaking through His prophet, said:  Were they ashamed when they had committed  abomination?  No, they were not all ashamed, neither could they blush; therefore  they shall fall among them that fall; at the time that I visit (punish) them they shall be cast down, saith the Lord (Jeremiah 6:15).

Hear, O earth, behold, I will bring evil (calamity) upon this people, even the fruit of their thoughts, because they have not hearkened to my words, nor to my law, but rejected it (Jeremiah 6:19).  Locking God out of the picture was costly in Jeremiah's day; and is no less costly today. The present day mentality, of young and old alike, needs to have a mental inclination towards a focused and constant look toward God, and His saving grace, through His Son, the Lord Jesus Christ!

Scripture reveals:  For God so loved the world, that he gave his only begotten Son (the Lord Jesus Christ), that whosoever believes in him should not perish, but have everlasting life.  For God sent not his Son to condemn the world; but that the world through him might be saved.