STANDING FOR THE
TRUTH
Listen 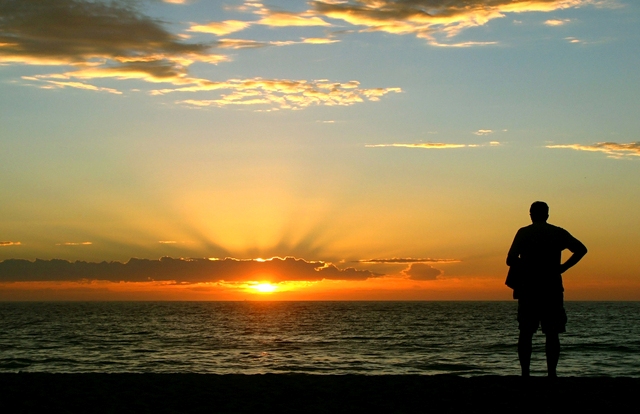 Standing for the truth is of extreme importance in an age where many conceal the truth for political or personal gain.  A expression, with the aid of a small amount of truth, can surprise us into accepting a falsehood (Marquis de Vauvenargues). Truth exists only falsehood has to be invented (Georges Braque).

We face a foe today that is utilizing every source possible to ward off the effects of the truth  with untruths among the devilish warfare being utilized.  Scripture reveals: We wrestle not against flesh and blood (humanity), but against principalities, against powers, against the rulers of darkness of this world, against spiritual wickedness in high places (Ephesians 6:12).

This emphasizes the nature of spiritual warfare against Christians, and the church; through rulers, authorities, world leaders, and cohorts of the devil. Scripture reveals: Woe to the inhabitants of the earth, and of the sea, for the devil is come down unto you, having great wrath, because he knows that he has but a short time (Revelation 12:12).

Standing for the Truth
In Opposition to the Devil

Standing for the truth is in opposition to that of the devil and his cohorts.  Jesus in speaking of certain Jews of His day said: You are of your father the devil and the lusts (desires) of your father you will do. He was a murderer from the beginning, and abode (stands) not in the truth, because there is no truth in him.

When he speaks a lie, he speaks of his own: for he is a liar, and the father of it; and because I tell you the truth, you believe not (John 8:44-45).  It was noted that they had the wrong father; claiming to be the sons of Abraham, but Jesus revealed this to be false.

They were Abraham's physical seed but he was not their spiritual father.  They claimed to be the sons of God which was shown to be false as well.  Jesus said that they instead were sons of the devil, the father of lies, for they were doing his works.  Jesus in referring to such falseness said: Wherefore by their fruits you shall know them (Matthew 7:20).

Scripture reveals: Take unto you the whole armor of God, that you may be able to withstand in the evil day, and having done all to stand (Ephesians 6:13).  The whole armor of God consists of Truth, Breastplate of righteousness, Gospel of peace, Shield of faith, Helmet of salvation, and the Sword of the spirit which is the Word of God.

The Apostle Paul wrote: Pray always with all prayer and supplication in the Spirit.  Prayer is linked to stand and is indispensable.  Praying always means on every occasion.  In the Spirit signifies that with the Spirit of God's help such prayer for divine assistance is made.

Standing for the Truth
Not an Easy Task 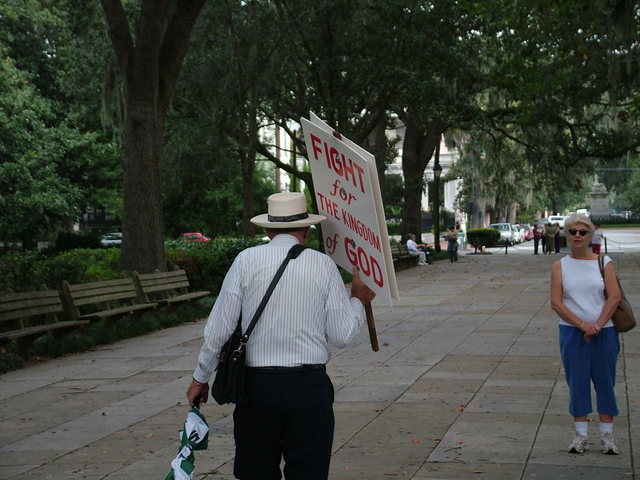 It was noted that prophet Jeremiah was continually mocked by the people for bringing nothing but words of condemnation (as those sounding the alarm today).  Jeremiah's words enraged the people.  He challenged their social and moral behavior. He held his ground and was not afraid to give them unpopular criticism.

Today there are those who are giving humanity's vilest nature what they want to hear; justification to do exactly as they please, with no regard to a day of reckoning.  Standing for the truth is not an easy task; but in a world of untruths it is important to stand for God's Word.

It was noted that we are living in a very permissive day when the religious world is so tolerant to most any and all kinds of standards and lifestyles.  This permissiveness and tolerance is the result of a self-willed and carnal minded society.

As a result of such tolerance and permissiveness, there are many churches, and even denominations, which have altered their teachings, their standards, and even their interpretations of the Scripture to please, to comply with and accommodate this permissive and tolerant society.

Very few people this day hold to their heart's convictions. They change to blend in with their environment. Voices of the past, of a godly influence, gets little recognition from a society that craves the carnal (fleshly) side of man rather than the spiritual.

There is an attempt to usher God out of the picture through Marxism, Socialism, both cousins of Communism, by persecuting any who standing for the truth seek to guard against such opposition, which brings such individuals into a situation such as little David facing the giant Goliath!

David proclaimed his stand in saying to Goliath: You come to me with a sword, and with a spear, and with a shield: but I come to you in the name of the Lord, the God of the armies of Israel, whom you have defiled.  This day will the Lord deliver you into mine hand, and I will smite you (1 Samuel 17:45-46).  As David looked to God for victory so can we overcome forces of evil that attempt to overwhelm us!

Our ancestors established their system of government on morality and religious sentiment.  Moral habits, they beleived, cannot be safety be trusted on any other foundation than religous principle, nor any government secure which is not support by moral habits.

If truth (standing for the truth) is not promulgated, error will be; if the power of the Gospel is not felt throughout the length and breadth of the land, anarchy and misrule, degradation and misery, corruption and darkness (sinfulness of man) will reign without mitigation or end (Daniel Webster).

We are seeing the maddening effect of what is transpiring when truth is no longer promulgated; allowing deceit and lies to replace truth in the land, with its pace towards acceptance at an astounding rate! The moral compass of yesteryear has been cast aside as the canral (fleshly) side of man is displayed rather than the spiritual.

It was noted that great truths not often repeated will soon be forgotten. And those truths forgotten will not be practiced.  Half the truth is often a great lie (Anonymous). Truth in the end shall prevail (Ulpian Fulwell). Man has no nobler function than to defend the truth (Ruth McKenney).

Jesus said: If you continue (abide) in my word, then you are my disciples indeed; and you shall know the truth, and the truth shall make you free (John 8:31-32).  The devil dances for glee when he makes one succumb to half-truths being promulgated; by those being used as his instrument towards deception (as the serpent, a tool of the devil) in the Garden of Eden), promulgating a lie and hiding the truth.

Scripture reveals: That they may recover themselves (come to their senses) out of the snare of the devil; who are taken captive by him to do his will (2 Timothy 2:26). There are those who proclaim themselves as believers but do so in a deceptive way to accomplish their own means.

Not of This World

Jesus in praying for His own said: I pray you (God the Father) should not take them out of the world, but that you should keep them from the evil (evil one).  They are not of the world, even as I am not of the world. Sanctify (set them apart) through your truth; your word is truth (John 17:15-17).

Let your light so shine among men that they may see your good works (witness), and glorify your Father which is in heaven (Matthew 5:16). Standing for the truth of God's Word is a light to the world that shines forth into the darkness of human depravity (sinfulness).

Darkness is the absence of light; and  darkness alone cannot dispel the light, but the smallest light can dispel the greatness darkness.  If Christianity were withdrawn from the world; there would be no light (witness) to dispel the darkness of mankind that has engulfed many a nation.

We are seeing inhumanity in the world today that is on the anvil of God's judgment.  Just one quick stroke of the judgmental hammer would being immense suffering and judgment on mankind; possible even destruction, as in the case of the pre-Flood days of Noah, Sodom and Gomorrah, and Babylon the hold of every foul spirit.

Just as the door to the ark was shut by God (in the days of Noah) when the flood of destruction came upon the earth; with salvation being cut off at that moment, and judgment coming forth, so will it one day become a reality, after all other effort has failed towards man's acknowledging God, and His Son, the Lord Jesus Christ.

Scripture reveals: Whereby the world that then was, being overflowed with water, perished: The heavens and the earth, which are now, by the same word are kept in store, reserved unto fire against (until) the day of judgment and perdition (punishment) of ungodly men (2 Peter 3:6-7).