THE DETERRENT OF
HEALTH The deterrent of health is when one ignores warning signs and pursues one's own charted course; as that of the Titanic, a vessel believed unsinkable.  Warning signs are coming into foreplay in many lands as a power grab to enslave begins to consume democracy once fought for.

There are many who have been blinded to the reality of what is happening in the world today; the truth being masked over, to push forth agenda that would diminish democracy (freedom) by those seeking power and control!

The Deterrent of Health
Deceit in the Offering

It was noted that the greatest mistake a man can make is to sacrifice health for any other advantage. A man too busy to take care of his health is like a mechanic too busy to take care of his tools (Spanish proverb).  The dynamics of what is happening is towards a power grab that is in the making with deceit tossed in the mix to ward off any attempt to identify what truly is being presented.

An example is given of a political leader who spoke about the blessings of the Almighty and the Christian beliefs which would become the pillars of the new government.  He displayed his tattered Bible and declared that he drew strength for his great work from it; with many believing he was sent from God. Who was this leader? It was Adolf Hitler.  The deterrent of health (democracy) suffered immeasurably at the hands of this individual until it was restored at a great cost!

Many voices are seeking to gain admiration of those it seeks to dominate, with an influx of ungodliness that previously would not have gained a foothold, that is now proclaimed with pride, as well as a demand towards acceptance by all!  It was noted that we are suffering from the corrosive immoral breath of the 21st century.  The secularism, humanism, materialism, liberalism, and commercialism of our day has devastate our resources of security.

We are being confronted with an ideology that increases acceptability of ungodly traits, with an attempt to undermine the Word of God that condemns it.  The deterrent of health of any nation is compromised when it plunges headlong, as the Titanic, towards a destructive course that leaves God out of its equation.

Scripture reveals: My strength and my hope is perished from the Lord (Lamentations 3:18).  This realization was given in reference to a time when Israel suffered a deterrent of health from that which was previously held.  The people were carried away captive into a foreign land; no longer having the strength and hope that once prevailed; having forsaken the Lord God. Oftentimes such is not missed until it is taken away and enslavement comes into focus.

Those who seek to power and control, if successful, will place one as a puppet before its puppeteer; such as Israel who was no longer in control of its own destiny.  Many nations are seeing a decline in stature; after having removed God as their instrument of preservation, source of strength, and hope!

Failure to Embrace
a Godly Stance

The deterrent of health (freedom) plays into focus when one begins to fold under the pressure of those who seek to dominate and control; rather than embrace a godly stance as in the past.  We are seeing many formerly great nations began to diminish in greatness as allowance for godly instruction diminishes.  They become so blinded to the truth that they can no longer perceive what once would have been readily identifiable.

The Apostle Paul wrote: If our gospel (truth) be hid, it is hid to them that are lost (perishing): in whom the god of this world (Satan and his cohorts) has blinded the minds of them which believe not, lest the light of the glorious gospel of Christ which is the image of God, should (would) shine unto them (2 Corinthians 4:3-4).

Liberties of a
Nation

God who gave us life gave us liberty. Can the liberties of a nation be secure when we have removed a conviction that these liberties are the gift of God? Indeed I tremble for my country when I reflect that God is just, that His justice cannot sleep forever (Thomas Jefferson).  If we ever forget that we are one nation under God, then we will be a nation gone under (Ronald Reagan). Our Constitution was made only for a moral and religious people. It is wholly inadequate to the government of any other (John Adams).

We are seeing an attempt (unfortunately in many cases being accomplished) to strip away the godly warnings of the past, the deterrent of health of any nation that seeks its own path, or destiny without God!  Those whose eyes are open to the truth; not veiled over with deceit, realize the significance of what will happen if the plate of acceptance if filled with untruths being promulgated. 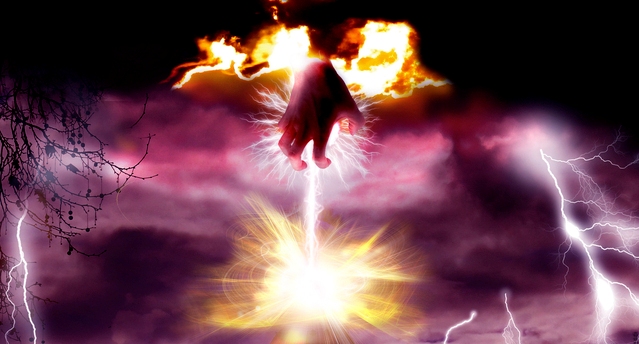 It was noted that no nation can continue to ignore God and sin freely without suffering the consequences of that lifestyle.  No matter how blessed a nation has been, if it forsakes God, it faces His great displeasure. The destiny of nations is still in the hands of a sovereign God. Unless we heed the lessons of history, a calamity can come upon us as suddenly and even more devastating than came to the God-defying Belshazzar and his drunken associates who were weighed in the balance and found wanting.

Scripture reveals: In that night (in the midst of defying God) Belshazzar the king of the Chaldeans was slain (Daniel 5:30).  This expresses the severity and certainty of God's judgment as the deterrent of health (sinfulness) of any nation continues down the wrong path with no shame or repentance in sight!

Scripture reveals: Be not wise in your own eyes; fear the Lord, and depart from evil. It shall be health to your navel (body), and marrow (strength) to your bones (Proverbs 3:7-8).  Being wise is one's own eyes is acting independent of God, not trusting in Him, nor acknowledging Him, nor seeking His help or direction; being conceited and self-sufficient in one's own understanding.

This is a fitting description of the deterrent of health category falling into place.  Departing from evil is an admonishment to avoid evil; stamp it out rather than embrace it.  Being a healthy nation, or individual, is to trust in the Lord, seek His wisdom and guidance, which always contributes to spiritual health and well being.

Scripture reveals: Pleasant words are as a honeycomb, sweet to the soul, and health to the bones (Proverbs 16:24).  They are sweet to the soul of those that understand them; has a spiritual taste for them, not as that of a natural and unregenerate (unsaved) soul, whose natural taste remains in him, having not been changed.

Those who have been cleansed by the precious blood of Jesus from sin, who have tasted of His graciousness, being sweet, even sweeter than honey, on the day of their salvation, have a newness of life in Christ that passes all understanding of the natural mind.

Those are some who have fallen away from embracement of a godly stance, who no longer seek the things of God, allowing ungodly trends to be an influence rather than the Word of God; falling into the deterrent of health category, unless recognition comes to the forefront with repentance before it is too late.

As Chaff Blown with
the Wind

The deterrent of health of any nation is in failing to keep the Unadulterated (Pure) Word of God, allowing it to become as chaff blown with the wind, rather than adhere to its instructive and guiding principles.

Scripture reveals: The ungodly are like the chaff which are driven by the wind (Psalm 1:4).  The Lord knows the way of the righteous; but the way of the ungodly shall perish (Psalm 1:6).  Be not deceived; God is not mocked; for whatsoever man sows that shall he also reap (Galatians 6:7).

Deterrent of Health
Factor or Not

A famous 19th century French statesman, and historian, traveled to a new nation to discover the reasons for its incredible success. He wrote: Not until I went into its churches and heard her pulpits aflame with righteousness did I understand the secret of her genius and power. The deterrent of health is not a factor in such an environment but will instead experience the healthy blessings of God!

Two other occasions point out the deterrent of health category being very much a factor:  A legendary evangelist of the first Great Awakening, Charles G. Finney, noted: Brethren, our preaching will bear its legitimate fruits. If immorality prevails in the land, the fault is ours to a great degree. Let us not ignore this fact; but let us lay it to heart, and awake to our responsibility in respect to the morals of this nation.

We have been the recipients of the choicest bounties of heaven; we have been preserved these many years in peace and prosperity; we have grown in numbers, wealth, and power as no other nation as ever grown but we have forgotten God. We have forgotten the gracious hand that preserved us, and we have vainly imagined, in the deceitfulness of our hearts, that all these things were produced by some superior wisdom and virtue of our own (Abraham Lincoln).

The Apostle Paul, in writing to the church of the Thessalonians, wrote: Stand fast, and hold the traditions which you have been taught (handed down), whether by word, or our epistle.  Now our Lord Jesus Christ himself, and God, even our Father, which has loved us, and has given us everlasting consolation and good hope through grace; comfort your hearts, and establish you in every good word and work (2 Thessalonians 2:15-17).  His words; if adhered too, would prevent one from entering into the deterrent of health category.