Virgin is fallen was noted of a kingdom that had never been subdued or subject to a foreign power since it was a kingdom; until those words were uttered.  The kingdom has been espoused to the Lord as a chaste virgin; but had fallen into sin to no more be of such a status, after having walked away from being a virgin in the sight of God.

Virgin is Fallen
None to Raise Her Up

Scripture reveals: Hear you this word which I (God) take up against you, even a lamentation, O house of Israel. The virgin of Israel is fallen (virgin is fallen category); she shall no more rise: she is forsaken upon her land; there is none to raise her up (Amos 5:1-2).  It was noted she is forsaken by her people, her princes, and her God; cast upon the ground, and dashed to pieces by the enemy as an earthen vessel.

There is none to raise her up; as her princes and people, were either slain by the sword, famine, and pestilence, or carried away captive by a foreign invader so they can yield her no assistance; her idols which she worshiped cannot, and God who she forsook will not.

Once Committed
to God

Many Nations who were once in the category of a chaste virgin espoused to the Lord God; have fallen into the virgin is fallen category, by allowing deception and ungodliness to rule the day.

The virgin is fallen category is one who has given up chastity for the wrong reason; can never recapture such a status again, but can repent of her deeds and be forgiven of her moment of weakness.  Nations have such an opportunity, for Scripture reveals: If my people, which are called by my name, shall humble themselves, and pray, and seek my face, and turn from their wicked ways; then will I hear from heaven, and will forgive their sin, and will heal their land (2 Chronicles 7:14). It was noted that we have been the recipients of the choicest bounties of heaven; we have been preserved these many years in peace and prosperity; we have grown in numbers, wealth, and power, as no other nation has ever grown. But we have forgotten God.

We have forgotten the gracious hand that preserved us in peace and multiplied and enriched and strengthened us, and we have vainly imagined, in the deceitfulness of our hearts, that all these things were produced by some superior wisdom and virtue of our own. Intoxicated with unbroken success, we have become too self-sufficient to feel the necessity of redeeming and preserving grace, too proud to pray to the God that made us (Abraham Lincoln).

Many nations who were once blessed in covenant relationship, as a chaste virgin of God, have allowed a walking away from such to the virgin is fallen category!  Scripture reveals: You who turn judgment (justice) to wormwood, and leave off (abandon) righteousness in the earth (Amos 5:7).

It was noted that this was in regards to Israel; referring to kings and judges in whose hand was the administration of justice, and who often pervert it, with just judgment changed into the reverse; being disagreeable as wormwood, or hemlock, as rendered; expressive of not only their neglect, but contempt for justice.

Allowing the Ungodly
to Rule

Scripture reveals there will be a time that the fruit of righteousness will be turned into hemlock (Amos 6:12).  It is interesting to note that the word hemlock refers to a plant that poison is derived from.  Poison infects or pollutes the body until injury, illness, or death results. It can be of a harmful influence such as will ruin, taint, inhibit, or embitter.

When this influence creeps into a nation, it is no longer a chaste virgin, but in a virgin is fallen category; corrupted from within, allowing the ungodly to rule with an iron fist, rather than the godly to minister under the hand of God.  We are seeing the justice system; which once provided godly leadership (as a chaste virgin), now overtaken by political maneuvering that no longer enhances justice (a virgin is fallen category).

It was noted that if Satan rules in our halls of Justice, the pulpit is responsible for it. If our politics become so corrupt that the very foundations of our government are ready to fall away, the pulpit is responsible for it. Let us not ignore this fact; but let us lay it to heart, and to our responsibility in respect to the morals of this nation (Charles G. Finney). Whenever the pillars of Christianity shall be overthrown, our present forms of government, and all the blessings, which flow from them, must fall with them (Jebediah Morse).

It was further noted that where there is no fear of God, no reverence for God, every evil can and will abound.  The idea that we humans will be good without God is a deceptive fallacy. When people are devoid of the knowledge and wisdom that come from believing God and having reverence for Him, they become morally corrupt, exceedingly evil, violent and destructive (a virgin is fallen category).

Voices of the past; have sounded the alarm towards any nation, or people, once of a chaste virgin concept, falling into a virgin is fallen category. The fruit of righteousness turned into hemlock (poison) category, referred to in the Scriptures (Amos 6:12), is coming to reality in these latter days; even in the Church world.

Scripture reveals: Christ loved the church, and gave himself for it; that he might sanctify (set it apart) and cleanse it with the washing of water by the word (Word of God), that he might present it to himself a glorious church, not having spot, or any such thing; but that it should be holy (as a chaste virgin) and without blemish (Ephesians 5:25-27).

The purpose of Jesus' love for the church is to present her to Himself as a chaste bride; as a man wants an untainted virgin as bride, Jesus wants His church to be without moral flaw.  In many regards we are seeing this desire frustrated by worldly attributes being entertained within the church; rather than godly principles that are established in God's Word. 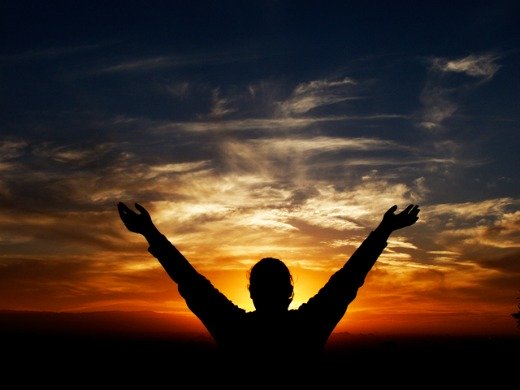 As noted earlier: A virgin is fallen category is one who has given up her chastity for the wrong reasons; can never recapture such a status again, but can repent of her deeds and be forgiven of her moment of weakness.  It will take the hand of God to restore one back to a meaningful relationship with Him; by a Nineveh type repentance.

Scripture reveals Nineveh's response to God's pronounced judgment: Who can tell if God will turn and repent (relent), and turn away from his fierce anger, that we perish not (Jonah 3:9).  And God saw their works, that they turned from their evil way; and God repented (relented) of the evil, that he had said that he would do to them; and he did it not (Jonah 3:10).

It was noted that God did not change in His ultimate intention toward the Ninevites: rather they changed in their attitude toward Him.  On the basis of that change, God could deal with them in grace, rather than in judgment as their failure to repent would have necessitated.

Mischief Shall Return
Upon One's Head

Scripture reveals: He made (has dug) a pit, and digged it (dug it out), and is fallen into the ditch which he had made.  His mischief (trouble) shall return upon his head, and his violent dealing shall came down upon his own head (Psalm 7:15-16).

It was noted that this is exemplified in the case of Haman, who was hanged on the gallows he had built for Mordecai; also of King Saul's falling upon his own sword, and dying by it, which he drew against David.  The mischief which is conceived, and devised in one's mind toward others, shall fall upon themselves as a just judgment from heaven.

Faultless in the Presence
of God

Scripture reveals: How to him (God) is able to keep you from falling (stumbling), and to present you faultless before the presence of his glory (should be the goal of every Christian) with exceeding joy.  To the only wise God our Savior, be glory and majesty, dominion and power, both now and ever (Jude 1:24-25).

God desires to present you faultless before the presence of His glory with exceeding joy; to be presented by His Son, the Lord Jesus Christ, in perfect holiness having been cleansed by His precious blood.  Scripture reveals: If we walk in the light (of God), as He is in the light, we have fellowship one with another and the blood of Jesus Christ his Son cleanses us from all sin (1 John 1:7).

It was noted that it is the Father's desire that we (the believer) be presented by Christ in perfect holiness, in complete righteousness, and in the shining robes of immortality and glory; with exceeding joy for having been delivered from sin and sorrow (virgin is fallen category), and every enemy, with the joy of angels; who rejoice at the conversion of man, and how much more at the glorification of such in heaven!

A grim reminder of losing out to such rejoicing is an eye opener. Scripture reveals: Thus saith the Lord; ask you now among the heathen (nations), who has heard such things: the virgin of Israel had done a very horrible thing (Jeremiah 18:13).

It was noted that virgin is a set phrase that often refers to nations or people.  The people mentioned were bent on their own ways; having not the revelation of God's will, nor seeking to favor the law of God, nor His Word or ordinances to direct them; nor allow His prophets to teach and instruct them, indicating that they were worse than the heathens (ungodly).

Being espoused to the Lord as a chaste virgin, they should have remained so; pure and incorruptible, but had instead committed spiritual adultery, which is idolatry (serving other gods); even in the very act of it, making them filthy and abominable, loathed and detested, and of the virgin is fallen category.  Let us pray that as a nation; or a people, we never fall into such a category; but if so, will bear a Nineveh type repentance!