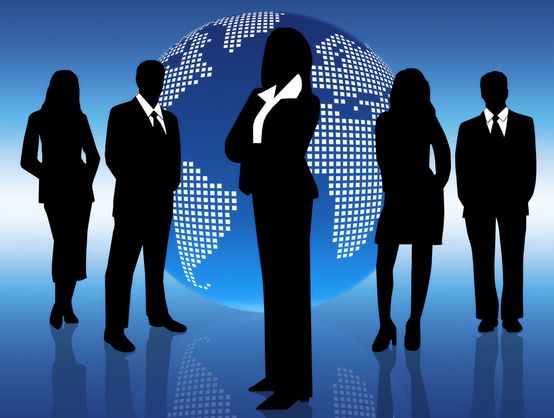 Women in leadership has become more prominent in recent years; is it because man is giving up his biblical role of leadership or Bible prophecy being fulfilled?  The prophet Isaiah, in speaking the words of the Lord said: As for my people, children are their oppressors, and women rule over them.  O my people, they which lead you cause you to err (lead astray), and destroy the way of your paths (Isaiah 3:12).

It was noted that having persuasive powers that caused the people to depart from the right way was through wives who injected their leadership concept through their husbands; who held key positions of authority, who heeded to their wives persuasion and advice.

Women in Leadership
Biblical Example of Influence
of Women

Scripture gives us an example of how women in leadership can be prompted of a wrong nature; as that of Jezebel's influence over her husband, King Ahab:  Scripture reveals: There was none like unto Ahab, which did sell himself to work wickedness, in the sight of the Lord, whom Jezebel his wife stirred up (incited) (1 Kings 21:25).

Jezebel's role as a aggressive and domineering woman, came to an end when another was appointed king over Israel who was not under her persuasive powers; commanding that she be thrown out of the palace window to her death. There are also biblical references towards godly women, of a completely different deportment, whose influence was of a godly nature toward those who held positions of authority and leadership.

Scripture reveals: Your tongue devises mischief (plans destruction); like a sharp razor, working deceitfully.  You love evil more than good; and lying rather than to work righteousness.  You love devouring words, O you deceitful tongue. God shall likewise destroy you forever, he will take you away, and pluck you out of your dwelling place, and root you of the land of the living (Psalm 52:2-5).

Those words; though not necessarily addressed to womanhood, were uttered as a caution to the wicked.  There are those in leadership today who are attempting to undermine; rather than benefit society, through devious means, and utilizing their positions of authority to do so.

Daughters of Zion
Proud and Arrogant

Scripture reveals: Moreover the Lord said, Because the daughters of Zion are haughty (proud), and walk with stretched forth necks (heads held high) and wanton (seductive) eyes, walking and mincing as they go, and making a tinkling with their feet.  Therefore the Lord will smite with a scab the crown of the head of the daughters of Zion, and the Lord will discover (uncover) their secret parts (Isaiah 3:16-17).

It was noted that the arrogant and fashionable women of Jerusalem were condemned by the prophet Isaiah; being more interested in the latest fashion, than the spiritual well being of the nation, and would perish with the men of Judah.

Woman not to Usurp Authority
Over the Man

Women in leadership promotes even greater concern when the motivation for seeking such is of the wrong nature.  There is an inroad to destruction if such seek to undermine, rather than enhance, the democratic structure of a nation.

Women in Leadership
Demand for Equality

Women in leadership has taken a turning point in history as we see many take governing positions, that were formerly held by men, and are using those positions to demand an equality that is contrary to God's Word.

The prophet Isaiah spoke of a time that seven women shall take hold of one man, saying, We will eat our own bread, and wear our own apparel; only let us be called by your name, to take away our reproach (Isaiah 4:1).  A demand for equality was in the making; even as far back as the days of Isaiah, who uttered those prophetic words.

Undermining the
Word of God

The Apostle Paul addressed the role of women in saying: Adam was first formed, then Eve.  And Adam was not deceived, but the woman being deceived was in the transgression (1 Timothy 2:14).  It was noted that  God could have created the woman first or both at the same time; but He did not, as it was always His intention for man to lead and a woman to follow.

As women in leadership seek to dominate the role of man; there is an undermining of the Word of God, and the status of womanhood; to dominate rather than being submissive.  There is an imprint of modernism coming into focus that bypasses the standards of yesteryear; as well as Biblical instruction.

Immoral leadership is beginning to dominate the scene; as more become appointed, or elected, to local, state, and federal positions of authority.  Many profess Christianity but their mannerism does not promote such a concept. Scripture reveals: A good tree cannot bring evil (bad) fruit, neither can a corrupt tree bring forth good fruit.

Every tree that brings not forth good fruit is hewn (cut) down, and cast into the fire.  Wherefore by their fruits you shall know them (Matthew 7:18-20).  This was speaking of false prophets but could readily be applied to those in leadership as well.

It is amazing how rapidly nations can become of a lesser category when wrong leadership is instilled.  We see this in biblical times as different kings reigned; some for the good of the nation, with others promoting evil.  Women in leadership was not a direct problem at that particular time; but some still had significant influence over those who held positions of authority; as previously mentioned.

On the other side of the coin is the virtuous woman.  Scripture reveals: Who can find a virtuous woman? For her price (worth) is far above rubies (Proverbs 31:10).  Her children rise up, and call her blessed; her husband also, and he praises her (Proverbs 31:28).  Not of a woman of leadership status but very instrumental to all she came in contact with reflecting a godly deportment.

Intended Role of Men
in Leadership

Scripture reveals God's intended role of men in leadership: Let us make man in our image, after our likeness; and let them have dominion over the fish of the sea, and over the fowl of the air, and over the cattle, and over all the earth, and over every creeping thing that creeps upon the earth (Genesis 1:26).

Later Moses spoke of leadership of men, in saying: Take you wise men, of understanding, and known among the tribes, and I will make them rulers over you (Deuteronomy 1:13).  Many other references as to the role of men in leadership are mentioned in God's Word, written in a masculine sense, which does not advocate women in leadership.

Rule and Authority Over
One's Fellowman

It was noted that ruling is not only according to the laws of the land but according to the law of God; having His fear before the eyes to whom they are accountable.  This admonishment is to all who are counted worthy to exercise rule and authority over their fellow man.

However, this was cast aside in many instances because the leader was serving other gods, or himself, and not concerned about the God of Creation; or judgment that would one day hold them accountable. Scripture reveals: It is a fearful thing to fall into the hands of the living God (Hebrews 10:31); for our God is a consuming fire (Hebrews 12:29).

Leadership of a Nation

Scripture reveals: Obey them that have rule over you, and submit yourselves; for they watch for your souls, as they that must give an account, that they may do so with joy, and not grief: for that is unprofitable for you (Hebrews 13:17).

It is important to pray for the leadership of a nation; if they rule wrongfully, it is even more needful to pray that God will bring them to understanding of their ill-conceived ways. Leadership can be instrumental as to whether a nation rises or falls.

Scripture reveals: Blessed is the nation whose God is the Lord; and the people he has chosen for his own inheritance.  The Lord looks down from heaven; he beholds the sons of men.  From the place of his habitation he looks upon all the inhabitants of the earth (Psalm 33:12-14). Proper and godly leadership is a must in the hour and times in which we live.