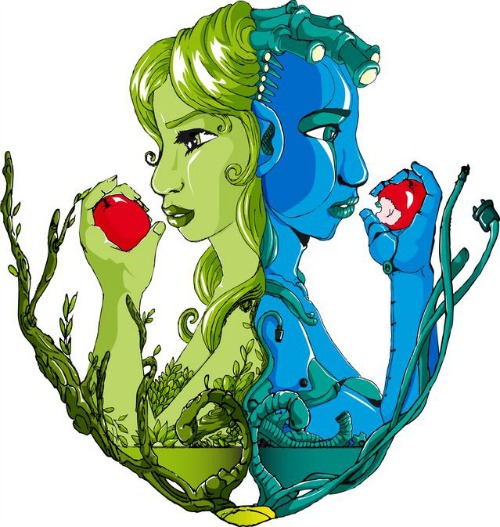 The nature of sin is towards the appeasement of fleshly desires of man; alluring one into its deceptive nature by enhancing availability and hiding its real intent.

There is a fleshpot of sin; as in the days of Noah prior to the Flood; Sodom and Gomorrah, and Babylon the hold of every foul spirit, that is polluting nations as tentacles of acceptance play into focus.

Nature of Sin
Pleasure for a Season

It was noted that in the best of worldly entertainment there can be no true pleasure in sin; the nature of sin always brings a bitterness in the end.  Moses made his choice, showing him to be a man acquainted with the nature of sin, but looked beyond the things of sense and time to those of eternity.

Looking at Moses action, in a worldly way, one would question his giving up a earthly treasure to suffer affliction with his people in bondage.  If Moses had not taken action to cast off the nature of sin; he would never have been the chosen servant of God to led his people out of bondage!

Vices of this World

I walked away from the vices of this world; from the nature of sin, into the glorious light of the Gospel of Christ.  I felt the presence of God's Spirit for the first time in my life; and a peace I had never previously experienced.

The day of my salvation was also a beginning of sanctification (being set apart unto God) with God's Spirit leading me away from the clutches of this world towards a heavenly gain.  My life did a reversal, as that of Moses, who shook off the pleasure of sin towards a eternal gain!

Scripture reveals: That you might walk worthy of the Lord unto all pleasing, being fruitful in every good work, and increasing in the knowledge of God (Colossians 1:10).  Who has delivered us from the power of darkness, and has translated (transferred) us into the kingdom of his dear Son (the Lord Jesus Christ): in whom we have redemption, through his blood (shed on the Cross of Calvary), even the forgiveness of sins (Colossians 1:13-14).

A Bible dictionary defines the nature of sin as anything which does not express, or which is contrary to, the holy character of God.  The first sin in the universe was an act of free will with deliberate, responsible, and adequate understanding of the issue, choosing to corrupt the godly nature with which God originally endowed His creation.

Adam and Eve, the violators of that trust, were created with a holy, godly nature, in fellowship with God.  The nature of sin made them corrupt; becoming guilty of the transgression of God's Word, involving the whole human race in corruption and guilt.  However, Scripture reveals an astounding hope: That as sin has reigned to death, even so might grace reign through righteousness to eternal life by Jesus Christ our Lord (Romans 5:21).

Scripture points towards abstaining from sin; exposing the nature of sin, and how it can grasp hold of a person, refusing to let go, as that of quicksand.  Scripture reveals:  Then when lust (desire) has conceived, it brings forth (gives birth to) sin: and sin, when it is finished (full-grown), brings forth death (James 1:15).

One needs to come to the realization that they are mired in the nature of sin before deliverance can come.  This is illustrated in the Psalm of David:  I waited patiently for the Lord; and he inclined to me, and heard my cry (prayer).  He brought me up out of a horrible pit (the very clutches of Hell), out of the miry clay (that which was attempting to hold him there), and set my feet upon a rock (salvation) and established my goings (steps) (Psalm 40:1-3).

Sin Has Caught the World
In a Whirlwind

The nature of sin has caught the world in a whirlwind.  Sin has been around since Adam and Eve; who first introduced its conception but is being expounded on in these latter days.

Sin was prominent, with the earth being corrupt before God, and filled with violence during the Pre-flood days of Noah until God dwelt with that generation by bringing in a flood in which  every living substance was destroyed that was upon the face of the earth; with only Noah remaining alive, and those who were with him in the ark. Scripture reveals:  All in whose nostrils was the breath of life (the spirit of life), of all that was in the dry land, died (Genesis 7:22).

Sin was prominent in Sodom and Gomorrah where not even ten righteous persons could be found. Scripture reveals: The Lord rained upon Sodom, and upon Gomorrah brimstone and fire from the Lord out of heaven (Genesis 19:24).

Scripture reveals:  Whereby as the world that then was (the days of Noah) was, being overflowed with water perished: the heavens and the earth, which are now, by the same word are kept in store, reserved unto fire against (until) the day of judgment and perdition (destruction) of ungodly men (2 Peter 3:6-7).

The day of the Lord will come as a thief in the night; in which the heavens shall pass away with a great noise, and the elements shall melt with fervent heat, the earth also and the works that are therein shall be burned up (2 Peter 3:10).

The elements shall melt with fervent heat could refer to a nuclear holocaust (a distinct possibility in our present day), a cosmic happening; or simply the hand of God, as in the case of Sodom and Gomorrah.

Scripture reveals: Seeing then that all these things shall be dissolved what manner of persons ought you to be in all holy conversation (conduct) and godliness (2 Peter 3:11).  Nevertheless we (the believer), according to his promise look for new heavens and a new earth, wherein dwells righteousness.  Wherefore, seeing that  you look for such things, be diligent that you may be found of him in peace, without spot, and blameless (2 Peter 3:13-14).

Therefore, seeing you know these things before (beforehand), beware lest you also, being led away with the error of the wicked, fall from your own steadfastness.  But grow in grace, and in the knowledge of our Lord and Savior Jesus Christ (2 Peter 3:17-18).

The youth of the land without the benefit of godly instruction  are being bombarded by the ungodliness of man.  Worldliness has become an influence, even within the church, rather than obedience to God's Word which calls for separation from the world (its influence).

The power of the Gospel is not as prevalent in many nations; having adopted the ways of the heathen and not allowing the fullness of the Gospel to be proclaimed.  Where are those who are willing to stand in the gap for the land; that it be not destroyed by the powers of darkness?

Scripture reveals:  I sought for a man among them, that should make up the hedge (a wall), and stand in the gap before me for the land, that I should not destroy it; but I found none.  Therefore have I poured out my indignation upon them; I have consumed them with the fire of my wrath: their own way (deeds) have I recompensed upon their heads, saith the Lord God (Ezekiel 22:30-31).

The Servant of Sin

Scripture reveals:  Whosoever commits sin is the servant (slave) of sin (John 8:34).  For all have sinned, and come (fallen) short of the glory of God (Romans 3:23).  For the wages of sin is death; but the gift of God is eternal life through Jesus Christ our Lord (Romans 6:23).

It was noted that sin brings hideous results, affecting not only our relationship with God, but also our relationship with others.  If not checked, sin will destroy the natural process of every person.  God made a provision for mankind: If any man sin, we have an advocate (intercessor) with the Father, Jesus Christ the righteous; and he is the propitiation (atonement) for our sins; and not for ours only, but also for the sins of the whole world (1 John 2:1-2).

Lay Aside Every Weight
and Sin

Scripture reveals: Wherefore seeing (since) we are compassed (surrounded) about with so great a cloud of witnesses, let us lay aside every weight, and the sin which does so easily beset (ensnare) us, let us run with patience (perseverance) the race that is set before us (Hebrews 12:1).

Moses; as previously stated, when he came of age, made a choice to forsake worldly attributes and to embrace eternity through God.  The things of this world can lead one to a Devil's Hell; if not forsaken, instead of a heavenly gain through Christ.

The ungodly quality of entertainment today is fast advancing many towards an ungodly status.  Many have become so attracted to the magnetic force of ungodliness that it will take the hand of God, that of His Spirit, and the Lord Jesus Christ, to break the nature of sin which has captured many a heart!