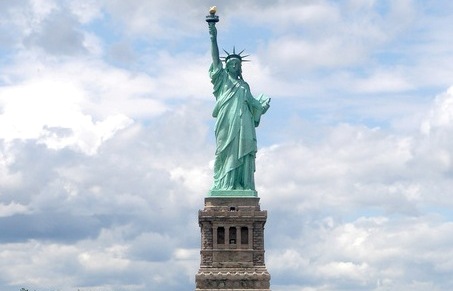 Keep the torch lit, and the reason why, is documented by the prophet Isaiah in regard to the future of Israel but could apply to any nation. Scripture reveals: Arise, shine; for your light is come, and the glory of the Lord is risen upon you. For darkness shall cover the earth, and gross darkness the people: but the Lord shall arise upon you, and his glory shall be seen upon you (Isaiah 60:1-2).

Scripture reveals the state of Israel prior to that announcement: Your iniquities have separated between you and your God, and your sins have hid his face from you, that he will not hear (Isaiah 59:2).  It was noted that the days of Isaiah was a period of nation corruption and consequent sufferings; because of allowing such to dominate and control.

It was like a partition dividing them from God; a withdrawal of His gracious presence that existed before they become disobedient to Him. Many nations, previously under the umbrella of God's protection, no longer share such, having allowed sin and degradation to filtrate in and dominate the land; no longer keeping the torch lit, a shining presence of God in the land.

Scripture reveals: None calls for justice, nor any plead for truth; they trust in vanity (empty words), and speak lies; they conceive mischief (evil), and bring forth iniquity (Isaiah 59:4); keeping the torch lit no longer noticeable in the land.

It was noted that none calls for justice; for justice in courts, or that laws were instituted towards justice in the land, to relief those that were oppressed.  No longer was righteousness preached, proclaimed and published as before.  No one pleaded for truth but through carnal means allowed rules of man's devising to come into focus.  They did that which was evil, by words and actions, by reproaches, by violence and persecution.

Scripture reveals: Their feet run to evil and they make haste to shed innocent blood: their thoughts are thoughts of iniquity; wasting and destruction are in their paths (Isaiah 59:7); this condition could readily be applied to our present time!

It was noted that feet running to evil (sinful lifestyles) was with great eagerness and swiftness, taking delight and pleasure in it, continuing in it as one's course of life; with thoughts of iniquity, continually devising evil with tongue, hands, and feet employed in sin; revealing a general depravity, not realizing the way taken would lead to ruin and destruction.

Shall Not Know
Peace 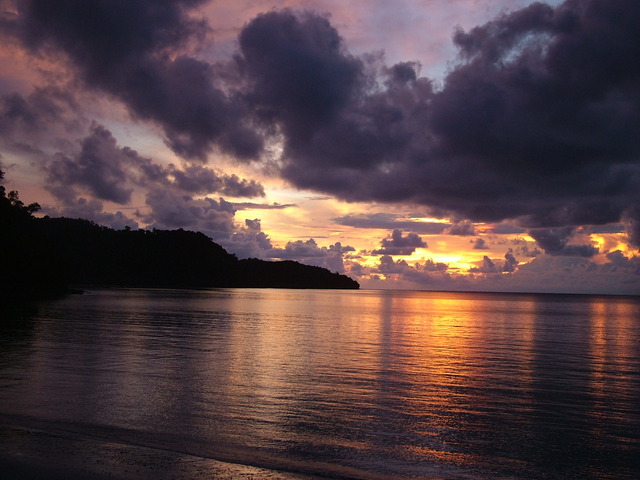 They have instead made crooked paths; not according to the rule of God's Word.  Many nations are suffering in like manner; no longer keeping the torch lit towards the things of God; being half-hearted in an attempt to mimic the things of God.

Scripture reveals: Therefore is judgment (justice) far from us, neither does justice (righteousness) overtake us: we wait for light, but behold obscurity (darkness); for brightness, but we walk in darkness (Isaiah 59:9).  It was noted that judgment (justice) is far from us; words of a few godly individuals (of the keep the torch lit category) taking notice of prevailing sins as the source of calamities; with no justice before men.

God no longer to right the wrongs, nor avenge them of their enemies, but leaving them exposed to the results of men.  We wait for light but behold obscurity; for brightness but we walk in darkness, indicated no longer having the source of light in God.

It was noted that in the Bible the torch symbolizes the light of the Spirit, God, and Christ, as the saving truth.  The light of a torch radiates outward and dissipates darkness.  The symbol of the Olympic games, and the purpose of them, can be a reminder to the world of the need to reach outward in further effort to advance humanity's goals.

A lit torch represents the mastery of fire, wielded purposefully by humankind, universally representing culture and civilization with the torch being a symbol of liberty, freedom, inspiration, knowledge and teaching.  Let us hold fast to the freedom the torch represents; when darkness attempts to cast its ugly head, to a God-fearing people, let us remember to keep the torch lit through adhering to the Unadulterated (Pure) Word of God; unhampered or impeded by man's devices.

It was noted that in 1865 a Frenchman conceived the idea of presenting a monumental gift from the people of France to the people of the United States.  An ardent supporter of America, he wished to highlight the centennial of the Declaration of Independence as well as celebrate the close relationship between France and America.

He was equaled moved by the recent abolition of slavery in the United States, which furthered America's ideals of liberty and freedom.  The gift from France (the Statue of Liberty) has watched over New York Harbor since 1886, and on the base is inscribed the words: Give me you tired, your poor, you huddled masses yearning to breathe free.

It was noted that the Statue of Liberty official name represents her most important symbol "Liberty Enlightening the World."  Her torch is a copper flame covered in 24K gold; reflective of the sun's rays in daytime and lighted by 16 floodlights at night.  Keep the torch lit was the inscription utilized towards an effort to restore the statue's former luster that had begin to wane through time and weather.  I pray that as that luster was restored; so shall the luster of many nations likewise be restored from darkness to a shining light!

It was noted: Long may our land be bright with freedoms' holy light; protect us by your might, Great God (Samuel F. Smith).  God mend our every flaw, confirm our soul in self-control, our liberty in law.  God shed His grace on us, and crown our good with brotherhood from sea to shining sea (Katherine Lee Bates).

Save us from violence, discord, and confusion; from pride and arrogance, and from every evil way.  Defend our liberties, and fashion into one untied people the multitude brought hither out of many kindred's and tongues. In time of prosperity, fill our hearts with thankfulness, and in the day of trouble, suffer not our trust in you to fail; all of which we ask through Jesus Christ our Lord (George Washington in Prayer, America's first President).

Scripture reveals: They eat the bread of wickedness and drink the wine of violence; but the path of the just is as the shining light (keep the torch lit category), that shines more and more (brighter) unto the perfect day.  The way of the wicked is darkness; they know not at what they stumble (Proverbs 4:17-19).

It was noted that the path of the just is as a shining light, who is under the influence of divine grace, who lives soberly, righteously, and godly in this world.  They go to God, and the Lord Jesus Christ, for grace and mercy, for peace, pardon, and acceptance; enjoying communion with such, the way of salvation.  Those words give clarity and are supportive of a life in Christ; which if one is not presently experiencing, they can through acceptance of Jesus Christ as Lord and Savior!

I stand at the door and knock (door on one's heart), if any man hear my voice (the Lord Jesus Christ), and open the door (only you can), I will come in to him, and will sup (dine) with him, and he with me (Revelation 3:20).  Once a confession of faith is made; one needs to keep the torch lit, realizing that Jesus is the peace-giver; even when the world seems to be crumbling and turning evil.  One's comfort (peace) is in knowing that the present of God, His Spirit, and Son (the Lord Jesus Christ), abides within the believer!

Darkness will Fade
with the Morning

In a poem titled "This too will Pass Away" by an unknown author, are found these words: If I can endure for this minute whatever is happening to me, no matter how heavy my heart is or how dark the moment may be.

If I can remain calm and quiet with my entire world crashing about me secure in the knowledge God loves me. If I can but keep on believing what I know in my heart to be true that darkness will fade with the morning and that this will pass away too; then nothing in life can defeat me.

For as long as this knowledge remains I can suffer whatever is happening, for I know God will beak all the chains that are binding me tight in the darkness trying to fill with me with fear. For there is no night, without dawning and I know that my morning is near.

Keeping the Torch Lit
Among the Nations

The prophet Nahum noted the condition of Nineveh, its siege and destruction; which God had once spared through their repentance, and turning from its wicked ways. Scripture reveals: The chariots shall rage in the streets, they shall jostle one against another in the broad ways: they shall seem like torches, they shall run like the lightening (Nahum 2:4).

It was a sad ending to a time when God's mercy was extended to Nineveh; but later rejected, having failed to keep the torch lit towards the things of God.  Many nations have likewise departed; after having been nourished by God, who once lived under His precepts, but then withdraw!  Let us pray that nations in such a category will rebound, renew their commitment to God, to enjoy His umbrella of protection and provision, in the mist of gross darkness in this world.