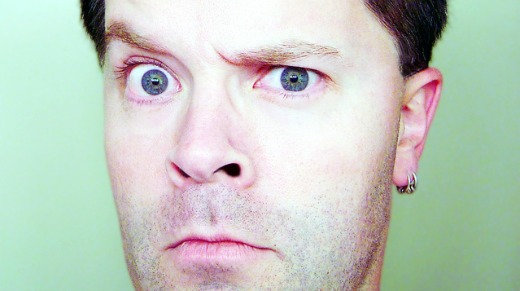 Receiving the mark (666) is much enhanced in the world today through modern day technology that appears to be beneficial but is only a prelude to what is warned against in God's Word.

Scripture reveals: Let no man deceive you with vain (empty) words: for because of these things comes the wrath of God upon the children (sons) of disobedience. Be not you therefore partakers  with them. For you were sometimes (once) darkness, but now are you light in the Lord: walk as children of light (Ephesians 5:6-8).

A newspaper article flashed this headline:  AP Stockholm EMPLOYEES GETTING IMPLANTED WITH MICROCHIPS; along with a video showing the inserting of such between the thumb and index finger of the hand.  The co-founder of this device stated: It basically replaces a lot of things you have, other communication devices, whether it be credit cards or keys.

A recent newspaper article reported by the New York Times; and later by the NBC Network:  More than 4,000 Swedes have implanted microchips in their hands, allowing them to pay for travel and food. THOSE WITHOUT CHIPS FIND MAKING CERTAIN PURCHASES A CHALLENGE.  Cash has become cumbersome for consumers, costly for the government, and now represents only 1% of Sweden's economy.  In fact, only half of Sweden's 1,400 bank branches still accept cash deposits.

These articles were disturbing enough but still a long way from home. However, it is now in our own backyard:  AP WISCONSIN FIRM OFFERS MICROCHIP IMPLANTS; to log onto computers and to make food purchases, drawing more attention as to its eventual potential.

Who knows; with identity thief being a issue, if this device becomes immune to such; would it not be welcomed as a replacement of credit/debit cards?

Reason for Refusing
the Mark

Scripture reveals: And he (Antichrist) causes all, both small and great, rich and poor, free and bond, to receive a mark in their right hand, or in their foreheads: and that no man might buy or sell, save (except) he that had the mark, or the name of the beast (Antichrist), or the number of his name.  Here is wisdom, let him that has understanding count the number of the beast; for it is six hundred threescore and six (666) (Revelation 13:16-18).

It was noted that only unbelievers will receive the mark of the Beast (Antichrist).  The mark will be placed either on the right hand or on the forehead, both very visible places.  No one will be able to buy or sell anything without having submitted to the political and religious system of the Beast and receiving the mark.

Those Who Receive
the Mark

Receiving the mark is condemned in God's Word; along with the reason why:  If any man worship the beast (Antichrist) and his image, and receive his mark in his forehead, or in his hand, the same shall drink of the wine of the wrath of God, which is poured out without mixture (full strength) into the cup of his indignation; and he shall be tormented with fire, and brimstone in the presence of the holy angels, and in the presence of the Lamb (the Lord Jesus Christ).

And the smoke of their torment ascends up forever and ever; and they have no rest day nor night, who worship the beast (Antichrist), and his image, and whosoever receives the mark of his name (666) (Revelations 14:9-11).

It was noted that unbelievers, during the Tribulation period, receiving the mark of the beast and worshiping him; will all receive God's eternal punishment in the lake of fire. They will pay the eternal price of having chosen Satan and evil over God and righteousness.

Those Who Worship Not
the Beast (Antichrist)

It was noted that during the Tribulation Period one must either worship the image of the Beast (Antichrist); along with receiving the mark or be killed.  There will be no room in the Antichrist's empire for the worship of any other than himself!

Scripture reveals: And I (John) saw the thrones, and they sat upon them, and judgment was given to them: I saw the souls of them that were beheaded for the witness of Jesus, and for the word of God, and which had not worshiped the beast (Antichrist), neither his image, neither received his mark upon their foreheads, or in their hands; and they lived, and reigned with Christ a thousand years (commonly referred to as the Millennium reign of Christ) (Revelation 20:4).

After the thousand year reign; Satan (also called the Devil), that great deceiver, will be released for a short while, then will be cast into his final place of confinement, the lake of fire and brimstone, as revealed in God's Word:

And the devil that deceived them was cast into the lake of fire and brimstone, where the beast and the false prophet are, and shall be tormented day and night forever and ever (Revelation 20:10).

Acceptance, or not, lies in one's ability to identify what is truth.  Jesus said:  If you continue in my word, then are you my disciples indeed; and you shall know the truth, and the truth shall make you free (John 8:31-32).

Scripture reveals: I beseech you, by the mercies of God, that you (the believer in Christ) present your bodies a living sacrifice, holy, acceptable to God, which is their reasonable service.  And be not conformed to this world; but be you transformed by the renewing of your mind, that you may prove what is that good, and acceptable, and perfect, will of God (Romans 12:1-2).

Such an individual will not be subject to the falseness of deceit; such as receiving the mark, even in its preparatory stage, but will walk in the truth that Jesus spoke of!  It was noted that be not conformed is to resist being poured into the mold of present day thinking, value systems, and conduct of this world.  The body has been an instrument of sin; is now (after conversion) a channel through which the righteousness of God is manifested.  Scripture reveals: Abhor that which is evil; cleave (cling) to that which is good (Romans 12:9).