CAPTIVITY OF THE MIND 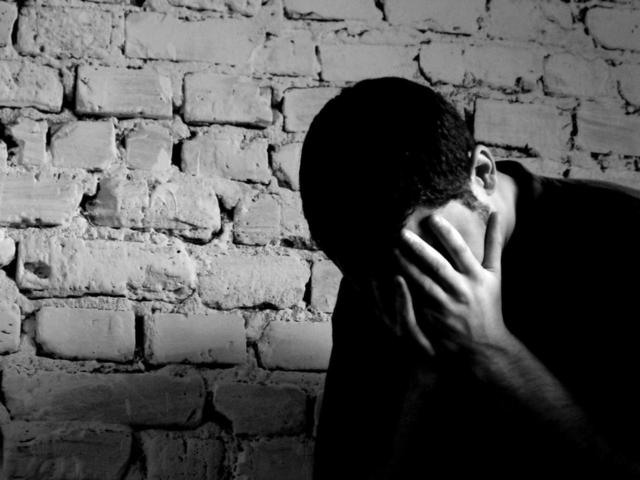 Captivity of the mind is a dominant feature in a society that has lambasted the culture of yesteryear; ushering in ungodly precepts that are condemned in God's Word.  There is a increasing struggle towards domination of the mind in regards to acceptance of ungodly ways; with a need to awaken to one's responsibility as to what is allowed to nest in the mind.  What is programmed in the mind can tarry; to be recalled long after one has divorced themselves from what was placed in the mind.

Many are allowing the ungodliness of man to pollute the mind rather than apply safeguards to offset such an influence.  The internet has safeguards; if applied, that can filter out unwanted material.  However such safeguards can fail, or be skirted around, to gain entrance to what is danged before one as bait.

Scripture reveals: To be carnally minded is death; but to be spiritually minded is life and peace.  Because the carnal mind is at enmity against God: for it is not subject to the law of God, neither indeed can be.  So then they that are in the flesh (carnally minded) cannot please God (Romans 8:6-8).  This reveals the importance of what one is entertained with; though it may seem pleasurable at the moment, it can be detrimental to one's soul and eternal destiny.

Captivity of the Mind
Escapism from Godly Instruction

Captivity of the mind can be escapism from godly instruction; with a electronic world helping introduce a ungodly environment, and sinful ways that would have been considered untouchable in previous years. Escapism is an inclination to retreat from traditional ways; with new provocative ways being introduced that are more appealing.

Captivity of the mind, by the ungodly, has opened the door for all forms of evil; promoted by laws and judicial rulings to help its advancement; it is as a story told of in Greek mythology: A box being sent by the gods to Pandora which she was forbidden to open.  She opened the box out of curiosity and loosened a swarm of evil upon mankind; a prolific source of troubles.

Beyond Bounds of
Human Decency

Scripture reveals: Be not conformed to this world but be transformed by the renewing of the mind (godly values), that you may prove what is that good, and acceptable, and perfect, will of God (Romans 12:2).  We are living in a society that has gone far beyond the bounds of human decency; geared towards a mentality of readily accepting what is placed before one.

Casting down imaginations (arguments), and every high thing that exalts itself against the knowledge of God, and bring into captivity every thought to the obedience of Christ (2 Corinthians 10:5).  It was noted that the carnal (fleshly side of man) opposes God, His providence and purpose; every proud thought, every great swelling words of vanity, even the lofty looks and haughtiness of man, are to be brought into captivity; through the power of God and Christ.

The Apostle Paul noted: I delight in the law of God after (according to) the inward (spiritual) man; but I see another law in my members (sinful nature), warring against the law of my mind, and bringing me into captivity (captivity of the mind) to the law of sin which is in my members (Romans 7:22-23).  It was noted that apart from the indwelling of God's Spirit, the law of sin would have dominated Paul's life.

Apostle Paul noted that he witnessed the law of sin in his members; a law demanding obedience to it, opposite to the law of God, and towards transgression of the law of God, to fulfill lusts that captivity the mind. The unsaved person  is a voluntary captive to sin; giving himself up to slavery and bondage to such, being carried into captivity, held in its embrace, having failed to allow the power of the Gospel of Christ, and the Spirit of God, to deliver one from such entrapment.

Offensive Thoughts
Lodging Within the Mind

It was noted that the prophet Jeremiah raised a question that needs to be directed to all who have allowed captivity of the mind to prevail: How long shall your offensive thoughts lodge with you (Jeremiah 4:14).

Such thinking can arise from many sources: Absorbing immoral movies and television programs; carelessly surfing the Internet; listening to malicious talk; ignoring the Word of God; giving into a materialistic worldview.  Will one allow the sanctifying Scriptures and the purifying blood of Christ to cleanse the heart and mind or persist in sin-filled thinking and experience God's judgment?

The Psalm of David declared victory over captivity in declaring: I waited patiently for the Lord; and he inclined to me, and heard my cry. He brought me up out of a horrible pit (the clutches of hell), and out of the miry clay (that which was attempting to hold him there), and set my feet upon a rock (firm foundation), and established my goings (steps of faith) (Psalm 40:1-2).

Captivity Prior to
Salvation

Scripture reveals the nature of the captivity of the mind prior to salvation: Among whom also we all had our conversation (conducted ourselves) in times past in the lusts of our flesh, fulfilling the desires of the flesh and of the mind; and were by nature the children of wrath, even as others.

But God, who is rich in mercy, for his great love wherewith he loved us; even when we were dead in sins, has quickened (made us alive) together with Christ, by grace you are (have been) saved (Ephesians 2:4-5).  It was noted that God did not allow one to remain in the grave of their old life, with its sinful ways and habits, but brought the believer into a new life in Him (Born-Again), through Jesus Christ as one's Lord and Savior.

Renewed in the Mind

Scripture reveals: Put off concerning the former conversation (conduct) the old man, which is corrupt according to deceitful lusts (through captivity of the mind).  And be renewed in the spirit of your mind. And that you put on the new man, which after God is created in righteousness and true holiness (Ephesians 4:22-24).

It wa noted that to put off the old man, is to renounce one's pre-conversion life and sins; to be renewed in your mind is to be changed, brought in line with God's Word; having put on the new man, that is, to assume a new nature (character) and conduct (life) at conversion.  No longer walking as before in the principles and dictates of the corrupt nature; but walking in the principles of grace and holiness formed in the new man.

Scripture reveals: Perverse disputing of men of corrupt minds, and destitute of the truth, supposing that gain is godliness (a means of gain); from such withdraw yourself (1 Timothy 6:5).  It was noted that such are corrupt in their principles; carnal, sensual, having not the Spirit of God.

Apostle Paul giving advice to Timothy, a young evangelist, and the church, indicated that one is not to come near them, have nothing to do with them, admit them not into the ministry, do not encourage them by hearing them, avoid all conversation with them.  It may seem harsh but through acceptance of such, rather than rejection, it opens the door towards captivity of the mind towards what is contrary to God's Word.

Scripture reveals: Unto the pure all things are pure: but to them that are defiled and unbelieving is nothing pure; but even their mind and conscience are defiled (leading to captivity of the mind) (Titus 1:15).  It was noted that those of the last category did not hold faith of a good conscience, nor follow after purity of life and conversation (conduct).

They were defiled by their own evil thoughts, impure, like the dog and swine, who wallow in their impieties.  They had no faith in Christ, through they professed it; being destitute of true faith, not that which would be acceptable and pleasing to God.  It was as Abel and Cain, one offered what was acceptable to God; the other did not.

Scripture reveals: One man esteems one day above another; another esteems every day alike.  Let every man be fully persuaded (convinced) in his own mind (Romans 14:5).  We are seeing a falling away from traditional Biblical teachings; especially a younger generation of believers, who have allowed worldly influences to intermingle with basic Biblical beliefs.

The writer of the Book of Romans was instructing one to be fully satisfied in one's own mind as to the course one is pursuing.  Scripture reveals:  In meekness instruct those that oppose themselves; if God peradventure will give them repentance to (so they may know) acknowledgement of the truth (2 Timothy 2:25).

Renewing of the Mind

Scripture reveals: Be you not unequally yoked together with unbelievers; for what fellowship (in common) has righteousness with unrighteousness? And what communion (fellowship) has light with darkness (2 Corinthians 6:14)?  Wherefore come out from among them, and be separate saith the Lord, and touch not the unclean thing (allowing captivity of the mind to take place); and I will receive you (2 Corinthians 6:17).

Be not conformed to this world; but be you transformed by the renewing of your mind, that you may prove what is that good, and acceptable, and perfect, will of God (Romans 12:2).  It was noted that the believer is to resist being poured into the mold (captivity of the mind concept) of present day thinking, value systems, and conduct of this world.

GOT QUESTIONS  A Website where Bible questions are answered. With over 8,000 answers to frequently asked Bible questions published online, approximately 85% of the questions we are asked already have answers available to you instantly.  This Website is an easy way to search out any questions you may have.