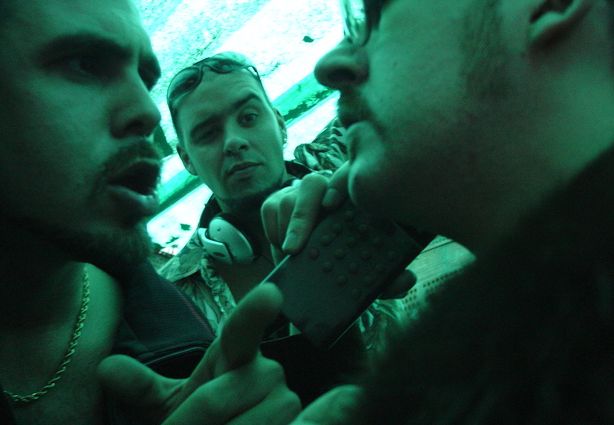 A repressive regime is in the making when an attempt is made to introduce socialism which borderlines on communism. A report stated that both socialism and communism place great value on creating a more equal society and removal of class privilege.

The main difference is that socialism initially appears to be compatible with democracy and liberty; whereas communism involves creating an equal society through a dictator style government which denies basic liberties.

A Repressive Regime
Opportunity and Competition

A report stated that socialism is bad for the economy due to slow economic growth, less opportunity and competition, and potential lack of motivation by individuals due to lesser rewards. Whereas capitalism includes capital accumulation, competitive markets, private property and recognition of property rights, voluntary exchange and wage labor.

A capitalist country means of production is based on private ownership and operation for profit; operating on the pillars of supply and demand, competition, freedom, and incentive which socialism allows to die out; desiring the government to have control rather than individual incentive.

It was noted that if truth is not promulgated, error will be; if the power of the Gospel is not felt throughout the length and breadth of the land, anarchy and misrule, degradation and misery, corruption and darkness will reign without mitigation or end.

If we abide by the principles taught in the Bible, our country will go on prospering and to prosper; but if we neglect its instructions and authority, no man can tell how sudden a catastrophe may overwhelm us and bury all our glory in profound obscurity (Daniel Webster).

Ruled by a Few

An unknown author wrote: Love America but love her wisely.  Work hard to cure the faults, the mistakes under which she labors.  Work to bring her closer to the ideal that is the real America.  Do not leave her to be ruled by a few who make it their business and profit to rule.  She is yours.

Do not leave her to be ruled by a few is applicable to any nation that allows a few to gain power and dominate.  A repressive regime seeks to have governmental control over all the affairs of man.  The term suppression then comes into being; when a government stops citizens from participating in activities not in line with its agenda.

A report stated that the modern political system of the world is divided into countries, in which each has a national government that claims to exercise sovereignty, or the power of final authority, and seeks to compel obedience to its will by its citizens.

Whereas a democratic political system is where the power and civil responsibility are exercised by all adult citizens directly, or through freely elected representatives.  Democracy rests upon the principles of majority rule and individual rights.  When one sees the capsizing of such rights it is a sure sign that a repressive regime is in the making.

A socialist political system encompasses a large range of economic and social systems which includes political movements associated with enforcement.  Whereas the seven principles of a democracy include checks and balances, federalism, individual rights, limited government, and separation of powers.

When a repressive regime infiltrates a capitalist country the rights of a democracy come under fire to alleviate continuation.  First the controlling party initiates a withdrawal of freedoms, including religious freedom, to meet their established goal and agenda.

Scripture reveals: There will be a time that the fruit of righteousness will be turned into hemlock (Amos 6:12).  The word hemlock refers to a plant that poison is derived from.  Poison infects or pollutes the body until injury, illness, or death results.

A repressive regime not only attempts to undermine religious freedom; but dictates church policies, despite the church's mandate to adhere to the Unadulterated (Pure) Word of God.  Churches, in many nations, no longer bear the strength of their former years, clearing the way for a repressive regimes takeover.

The Book of Revelations tells of such a fall; in speaking of Babylon, which become the hold of every foul spirit.  Scripture reveals: Come out of her, my people, that you be not partakers of her sins, and that you receive not of her plagues (Revelation 18:4).  Had they not been caught up in such matters; there would not have been a need for a call of separation!

A report noted that systemic and violent repression is a feature of dictatorships; but repressive activities have also been found within democratic contexts as well.  Repression is a type of holding back or holding down. Social repression if where the government limits freedom by shutting out certain groups.

Repression is similar to suppression which is to restrain, inhibit, or subdue.  Many democratic countries are feeling the effects of such activity; as they are herded into a social or communist style government.  There is an endeavor towards governmental control of all activities; especially religious freedom which is a threat to socialism or a communistic style government.

It was noted that our nation is suffering from the corrosive immoral breath of the 21st century.  The secularism, humanism, materialism, liberalism, and commercialism of our day has devastated our resources of security.

Many countries are experiencing riots, chaos, and unrest by those seeking to control the destiny of a nation through socialist agenda.  A repressive regime seeks to control; and dominate, any opposing influence, through whatever means deemed necessary.

Basic freedoms once enjoyed; become outweighed by suppression of a aggressive nature, hiding its true purpose and agenda.  A repressive regime allows, and encourages such action, to undermine any decency of the past, though a cancel and submissive type culture.

Scripture reveals: Your  tongue devises mischief's (plans destruction); like a sharp razor, working deceitfully.  You love evil more than good; and lying rather than to speak righteousness (Psalm 52:2-3).

Such applies to a repressive regime who is seeking its own agenda; working deceitfully to gain that which is being pursued.  Evilness of man is very much prevalent when the righteousness of God is lacking.

We are witnessing a time when it is difficult to know the truth; with many news outlets bias in their reporting, and truth being masked over to usher in that bias.  The social media cannot be trusted, concerning truth, because of its efforts to suppress promulgation of that truth.

It was noted if the fires of freedom and civil liberties burn low in other lands, they must be made brighter in our own.  If in other lands, the press and books and literature of all kinds are censored, we must redouble our effort here to keep them free. If in other lands the eternal truths of the past are threatened we must provide a safe place for their continuation (Franklin D. Roosevelt).

The inescapable price of liberty is an ability to preserve it from destruction (Douglas MacArthur).  True peace is justice, true peace is freedom; and true peace dictates the recognition of human rights (Ronald Reagan).

A repressive regime does not comprehend the human need for freedom; because their order of the day is control, and what will enhance the lives of the few who rule; with no regard to the lives of others.

Additional Ground to
Be Gained

The term "government in power" consists of a mode or system of rule or government; a dictatorial regime, a ruling or prevailing system, the period which a particular government or ruling system is in power.

The term repressive is to be restrictive; to repress with repressive acts or measures.  When a repressive regime comes on the scene it does not take long, for a discerning individual who loves freedom, to note the characteristics of such.

I have seen films that depict the nature of a repressive regime; in seeking world domination, gaining control of once democratic  nations. One can see a similarity in that which is happening in the world today; in many nations, through global reporting in our  electronic  age.

GOT QUESTIONS   A Website where Bible questions are answered. With over 4,500 answers to frequently asked Bible questions published online, approximately 75% of the questions have answers available instantly. This Website is an easy way to search out any questions you may have.