A castaway is one who has rejected the inner moral conscience; having strayed from the truths of God's Word, allowing other influences to intervene, diverting one's moral compass towards acceptance of the previously unacceptable.

The prophet Jeremiah cried out: Thus saith the Lord, Stand you in the ways and see, and ask for the old paths, where is the good way, and walk therein, and you shall find rest for your souls. But they said, We will not walk therein. I set watchmen over you, saying, Hearken to the sound of the trumpet. But they (the people) said, We will not hearken (Jeremiah 6:16-17).

God's response: Hear, O earth; behold, I will bring evil (calamity) upon this people, even the fruit of their thoughts because they have not hearkened to my words, nor to my law, but rejected it (Jeremiah 6:19).

Many have become a castaway of traditional Biblical values, rather than such being of a continued influence, with the growing trend of acceptance of a secular society.  The influx of worldliness has enticed many from previous held convictions.

There is growing acceptance of worldly standards that are attempting to outweigh godly values established in God's Word.  The persuasive methods of the serpent, in the Garden of Eden utilized by Satan as a tool, are still very much in evidence today!

Scripture reveals: When the Woman (Eve) saw that the tree was good for food, and that it was pleasant (a desired thing) to make one wise, she took of the fruit thereof (forbidden by God), and did eat, and gave also to her husband with her (Adam); and he did eat (Genesis 3:6).

Scripture reveals: This know also that in the last days perilous times shall come (2 Timothy 3:1).  It was noted that the last days began with the birth of Christ and will be finalized with His return to earth to set up His kingdom. The prediction of perilous times indicates that apostasy will characterize the final days of the church age.

Scripture reveals the characteristics of the last days (which we are in): Men shall be lovers of their own selves, covetous (money lovers), boasters, proud, blasphemers, disobedient to parents, unthankful, unholy.  Without natural affection, trucebreakers (irreconcilable), false accusers (slanderers), incontinent (without self-control), fierce (brutal), despisers of those that are good, traitors, heady (reckless), high-minded (haughty),  lovers of pleasures more than lovers of God (2 Timothy 3:2-4).

All of these characteristics could cause one to become a castaway; rather than a follower of God!  Scripture reveals that such have a form of godliness; but deny the power thereof: from such turn away (2 Timothy 3:5).  A form of godliness is mere religion without power or spiritual life.  The church, in many cases, has ventured into a powerless church through forsaking a walk with God that would have prevented such a withdrawal.

We live in a world which is fast becoming of a pagan nature; having allowed the corruptness of the world to dominate, rather than godliness.  Many ungodly lifestyles are now proclaimed with pride; demanding acceptance.  Scripture reveals: Wherefore, God gave them up to uncleanness through the lusts of their own hearts, to dishonor their own bodies between themselves.  Who changed (exchanged) the truth of God into (for) a lie, and worshiped and served the creature more (rather) than the Creator, who is blessed forever (Romans 1:24-25).

For this cause God gave them up unto vile affections: for even their women did change (exchange) the natural use into that which is against nature.  And likewise the men, leaving the nature use of the woman, burned in their lust one toward another; men with men working that which is unseemly (shameful) and receiving in themselves that recompense of their error which was meet (fitting) (Romans 1:26-27).

The Apostle Paul instructed Timothy, a young evangelist:  To hold faith, and a good conscience; which some having put away (rejected) concerning the faith, have made (suffered) shipwreck (1 Timothy 1:19). It was noted that by rejecting the inner moral voice of conscience they strayed from the truths of God's Word.

Scripture reveals: Preach the word, be instant (ready) in season, out of season; reprove, rebuke, exhort with all longsuffering and doctrine.  For the time will come when they will not endure sound doctrine; but after their own lusts shall they heap to themselves teachers, having itching ears; and shall turn away their ears from the truth, and shall be turned into fables (that which is fictitious) (2 Timothy 4:3-4).

We are seeing a growing indifference because the Word of God is no longer being promulgated as it once was, under the power and demonstration of God's Spirit.  Sometime prior to his death, General Booth of the Salvation army, uttered this significant prophecy: I consider that the chief dangers that confront the coming century will be Religion without the Holy Ghost; Christianity without Christ; Forgiveness without regeneration; Morality without God; and Heaven without Hell.

We are seeing the fulfillment of this prophecy; with a devilment being unleashed as in the case of Pandora's Box.  In Greek mythology a story is told of a box sent by the gods to Pandora, which she was forbidden to open.  She opened the box out of curiosity that loosened a swarm of evils upon mankind: a prolific source of troubles.

No Longer Tuned In

Many are no longer tuned into the instructive Word of God falling into the category of being a castaway.  Scripture reveals: For there are certain men crept in unawares (unnoticed), who were of old (long ago) ordained to this condemnation, ungodly men, turning the grace of our God into lasciviousness (a license to immorality), and denying the only Lord God, and our Lord Jesus Christ (Jude 1:4).

Jude wanted to warn his readers the cost of becoming a castaway referencing Sodom and Gomorrah, and the cities about them, giving themselves over to fornication (sexual immorality), and going after strange flesh (homosexuality), being set forth for an example, suffering the vengeance (punishment) of eternal fire (Jude 1:7).

The sin identified in Jude's day has expanded since that time; with an influx of ungodliness that far surpasses yesteryear!  There is a growth that should awaken Christians to its reality; those who have not become a castaway themselves. 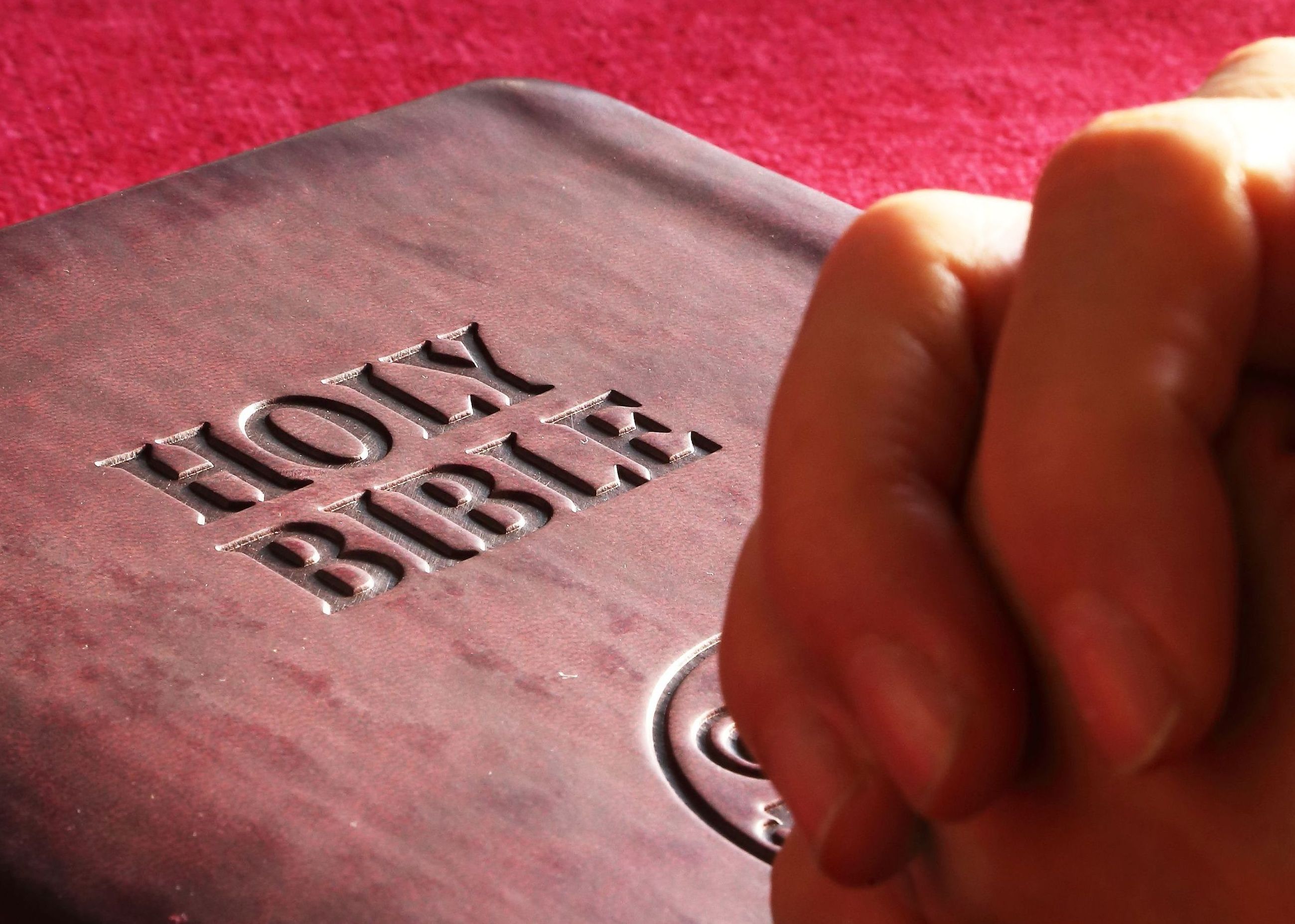 God's Word ensures salvation to the believer in Christ; who walks uprightly in accordance with God's Word.  Such will never be a castaway, or shipwrecked in faith; unless one allows the influence of this world, and sin, to reign in their life, without repentance.

Scripture reveals:  If we confess our sins, he is faithful and just to forgive us our sins, and to cleanse us from all unrighteousness (1 John 1:9).  It was noted that we should not deny our sins but rather to confess them before God.  This opens the door for His forgiving and cleansing light to purify our hearts.

If any man sin, we have an advocate (intercessor) with the Father, Jesus Christ the righteous.  And he is the propitiation (atonement) for our sins, and not for ours only, but also for the sins of the whole world (1 John 2:1-2).  It was noted that although the Christian has an Advocate with the Father, his goal in life should be to overcome sin, rather than merely confessing it.

Thank God, for the one who is not a castaway, or shipwrecked, but on a spiritual course towards a heavenly gain through Jesus being Lord and Savior!  May God equips us, through His anointed Word, His Son (the Lord Jesus Christ), and His Spirit, to see us through all the trials of life, towards a Heavenly gain.