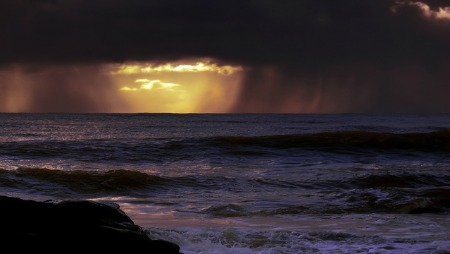 Avalanche of ungodliness is of an overwhelming influence likened to the Pre-flood days of Noah, Sodom and Gomorrah, and Babylon the hold of every foul spirit, which God dealt with destructive measures. Ungodliness is having no regard for God, or His Word, allowing pollution through sin and wickedness.

In Greek mythology a story is told of a box sent by the gods to Pandora, which she was forbidden to open.  She opened the box out of curiosity that loosened a swarm of evils (avalanche of ungodliness) upon mankind: a prolific source of troubles.

As the case of Pandora, curiosity got the best of Eve in the Garden of Eden concerning the forbidden fruit.  Scripture reveals:  When the woman (Eve) saw that the tree was good for food, and that it was pleasant (desirable) to the eyes, and a tree to be desired to make one wise, she took of the fruit thereof, and did eat, and gave also to her husband (Adam) with her; and he did eat (Genesis 3:6).

Eve heeded the cunning words of the serpent (Satan's tool of deception), rather than God's command to not partake of the fruit of the tree; ushering sin into the world; unleashing a swarm of evils upon mankind, an avalanche of ungodliness!

Earth Corrupt and Filled
with Violence

The moral outlook of the world is not pleasant when one sees the avalanche of ungodliness setting in.  The genuine born-again Christian, whose heart is to serve the Lord, should be disturbed as that of Lot when he witnessed what was taking place in Sodom.  Scripture reveals: For that  righteous man dwelling among them, in seeing and hearing, vexed (tormented) his righteous soul from day to day with their unlawful deeds (2 Peter 2:8).

In the same text it noted that Noah the eighth person, a preacher of righteousness, and his family was saved when God brought the flood upon the world of the ungodly (2 Peter 2:5).  Scripture reveals: The earth was corrupt before God, and the earth was filled with violence. And God looked upon the earth, and, it was corrupt; for all flesh (mankind) had corrupted his way upon the earth (Genesis 6:11-12).

And God said to Noah, the end of all flesh is come before me; for the earth is filled with violence through them; and, behold, I will destroy them with the earth (Genesis 6:13).  An avalanche of ungodliness prompted God to bring a flood upon the earth that would destroy every living thing; except those in the ark of safety.

It is appalling of the magnitude of disregard towards the sanctity of life. One such example is babies being legally murdered prior to coming into this world; with multiple thousands of babies murdered in their mother's womb that otherwise would have been birthed!

This only scratches the surface of the avalanche of ungodliness that is being committed; leaving a carnage of bloody slaughter of the innocent.  There are nations who place little value on human life that God so wondrously and miraculously created.

Way of the Ungodly
Shall Perish

In the avalanche of ungodliness it may appear that the evilness of man is prospering but Scripture reveals differently:  The ungodly are like the chaff which the wind drives away. Therefore the ungodly shall not stand in the judgment, nor sinners in the congregation of the righteous.

Scripture reveals: The law is not made for the righteous man, but for the lawless and disobedient, for the ungodly and for sinners, for unholy and profane, for murderers of fathers and murders of mothers, for manslayers, for whoremongers (fornicators), for them that defile themselves with mankind (sodomites), for menstealers (kidnappers), for perjured persons (liars), and if there be any other that is contrary to sound doctrine (1 Timothy 1:9-10).

The disobedient are the rebellious; the ungodly are godless, showing no reverence for God!  Sinners are those failing to measure up to divine standards; the unholy are impure, and the profane are those who defiles sacred things.

An avalanche of ungodliness necessitated the law for those who were disobedient; who sought not the righteousness of God.  Man has continued to pursue such a path that far surpasses the day in which those words were penned! 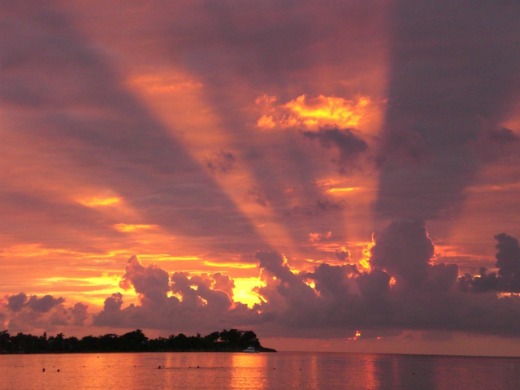 Scripture reveals: Whereby the world that then was (Noah's day), being overflowed with water, perished: but the heavens and the earth, which are now, by the same word are kept in store, reserved unto fire against (until) the day of judgment and perdition (destruction) of ungodly men (2 Peter 3:6-7).

The Lord is not slack concerning his promise, as some men count slackness; but is long-suffering to usward, not willing that any should perish, but that all should come to repentance.  But the day of the Lord will come, as a thief in the night, in which the heavens shall pass away with a great noise, and the elements shall melt with fervent heat, the earth also and the works that are therein shall be burned up (2 Peter 3:9-10).

This message addresses a generation in which the avalanche of ungodliness will be so great that it will open the door of God's wrath. The heavens shall pass away with a great noise and elements shall melt with fervent heat could refer to a nuclear holocaust, a cosmic happening, or God simply proclaiming it so.

Scripture reveals:  Nevertheless we (the believer in Christ), according to his promise, look for new heavens and a new earth, wherein dwells righteousness (God's intent for mankind from the beginning). Wherefore, seeing that you look for such things, be diligent that you may be found of him in peace, without spot, and blameless (2 Peter 3:13-14).

For the grace of God that brings salvation has appeared to all men, teaching us that, denying ungodliness and worldly lusts, we should live soberly, righteously and godly, in this present world. Looking for that blessed hope, and the glorious appearing of the great God and our Savior Jesus Christ (Titus 2:11-13).  Therefore if any man be in Christ, he is a new creature (creation), old things are passed away; all things are become new (2 Corinthians 5:17).

The righteousness of God sees a decisive break with the old life at the moment of conversion.  Scripture reveals: That you put off concerning the former conversation (conduct) of the old man, which is corrupt according to deceitful lusts; and be renewed in the spirit of your mind; and that you put on the new man which after God is created in righteousness and true holiness (Ephesians 4:22-24).

It was noted that Christianity teaches that one is the put off the old man, to renounce one's pre-conversion life and sins; be renewed in mind, to be constantly changed, being brought more and more in line with God's viewpoint and put on the new man; that is to assume a new nature (character) and conduct (life) at conversion.

In King David's song of deliverance was: I will call on the Lord, who is worthy to be praised: so shall I be saved from my enemies.  When the waves of death compassed me, the floods of ungodly men (avalanche of ungodliness) make me afraid (overwhelmed me) (2 Samuel 22:4-5). In my distress I called upon the Lord, and cried to my God: and he did hear my voice out of his temple, and my cry did enter into his ears (2 Samuel 22:7).

King David was speaking of an avalanche of ungodliness that had surfaced and was attempting to overwhelm him.  He knew who to turn to in his time of distress.  His avenue of help was not in man; but his benefactor, the Lord of heaven and earth!

I pray that you will take hold of God's Word, walk in accordance with its precepts, apply it to your daily walk in the Lord, shaking off any persuasive influence from the avalanche of ungodliness!  Allow God's Spirit to lead and guide you in the perplexities of life!