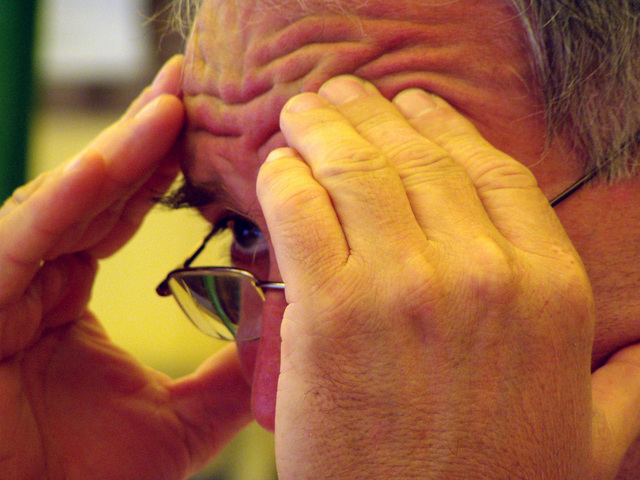 Identity of Sodom is overlapping into our modern day culture; mushrooming like a gigantic threatening cloud that lingers overhead; which in Sodom's case ended in Judgment.

Sodom was an ancient city near the Dead Sea that was destroyed by God due to the wickedness of its inhabitants and its destruction is often alluded to in the Scriptures. Sodom and Gomorrah are often mentioned together as they both suffered the same fate, due to ungodliness blossoming forth.

Identity of Sodom
Sinners in the Sight of God

Scripture reveals: The men of Sodom were wicked and sinners (sinful) before the Lord exceedingly (Genesis 13:13).  And the Lord said, Because the cry of Sodom and Gomorrah is great, and because their sin is very grievous; I will go down now, and see whether they have done altogether according to the cry of it, which is come unto me; and if not, I will know (Genesis 18:20-21).

It was noted that the cry of Sodom and Gomorrah was great in that its inhabitants were oppressed by others, forcing them to submit to an unnatural usage; whose cry came to the ears of the Lord, calling for vengeance.  This indicates that God saw all their wickedness and knew the nature and circumstances of it, what would be required, with Judgment being the final outcome.

The identity of Sodom revealed in the Scriptures was of corrupt and vile characteristics that could readily be identified in today's settings; openly flaunted and practiced in many nations, as well as those identified in the Holy Scriptures concerning God's people.

Scripture reveals: For their vine (Judah) is the vine of Sodom, and the fields of Gomorrah; their grapes are grapes of gall, their clusters are bitter (Deuteronomy 32:32).  It was noted that Judah had a likeness of Sodom in its abominable practices: Pride, luxury, idleness, idolatry, profaneness, contempt of religion, and bodily uncleanness, yet was praised and commended, while being sheltered under public authority.

The identity of Sodom represents any place notorious for depravity with the tentacles of encroachment extending into our present day culture; despite God's warning against such.  We are seeing Sodom type activity being boldly proclaimed with no shame.

The prophet Jeremiah, in speaking the words of the Lord, said: Were they (Judah) ashamed when they had committed abomination? No, they were not at all ashamed, neither could they blush; therefore they shall fall among them that shall be cast down, saith the Lord (Jeremiah 6:15).

We are seeing the results of allowing the identity of Sodom to take hold in many nations. Those who take a stand for godly virtues; become an open target by those who embrace this ungodliness, with the Unadulterated (Pure) Word of God being ignored and a new social gospel introduced that does not condemn sin.

Scripture reveals: Behold, this was the iniquity of your sister Sodom, pride, fullness of bread (food), and abundance of idleness was in her and her daughters, neither did she strengthen the hand of the poor and needy.  And they were haughty, and committed abominations before me (God): therefore I took them away as I saw good (Ezekiel 16:49-50).

It was noted that the sin of Jerusalem, as their sister Sodom, destroying themselves due to a prevailing governing sinful nature, which has been the ruin of kingdoms.  One sin, in the identity of Sodom and Jerusalem, was fullness of bread (food); which the Lord in his mercy and goodness had provided abundantly; but they abused it, lived in luxury, eating and drinking in excess, and were exceedingly sinful.

Kindled the Flames
of Sin

It was noted that Jerusalem, as in the identity of Sodom, kindled the flames of sin, adding fuel to it, and were haughty in regards to God, lifting up themselves above God and man; committing abomination before Him, scandalous in nature; which was identified by the prophet Isaiah.

Scripture reveals: Jerusalem is ruined (has stumbled) and Judah is fallen; because their tongue and their doings are against the Lord, to provoke (rebel against) the eyes of his glory.  The show of their countenance (look on their faces) does witness against them; and they declare their sin as Sodom, they hid it not. Woe to their soul! For they have rewarded (brought) evil to themselves (Isaiah 3:8-9).

They had fallen to such a condition with little probably of recovery; unless there was a Nineveh type repentance, because their tongue and their ways were against the Lord.  It was noted that their words and actions, their impudent look showed what they were; revealing the identity of Sodom in them. They committed their ungodly atrocities openly, without fear or shame; rather gloried in it, and boasted of it. The result was to have rewarded evil upon themselves, just as Sodom of old.

Commit Adultery and
Walk in Lies

The prophet Jeremiah, in speaking the words of the Lord said: I have seen also in the prophets (false prophets) of Jerusalem a horrible thing: they commit adultery, and walk in lies: they strengthen also the hands of evildoers, that none does return (turn back) from his wickedness: they are all of them to me as Sodom, and the inhabitants thereof as Gomorrah (Jeremiah 23:14).

It was noted that the prophets of Jerusalem, where the Temple was, where the pure worship of God was professed to be observed, committed spiritual adultery, and walked in lies; delivering false doctrines in the name of the Lord.

They strengthen the hands of the evil doers; they hardened them in sin, by their own wicked example.  The people concluded that what the prophets did they might do likewise; having no thought of repentance, but continuing to sin without remorse.  They fell under the identity of Sodom; with their wicked practices, with punishment being inflicted upon the prophets, and people of Jerusalem, as upon Sodom.

Though the identity of Sodom was as great sinners, the punishment of the people of Jerusalem was greater, with its inhabitants gradually wasted and consumed by famine, pestilence, and sword, rather than quickly executed; with the hand of deliverance having been rejected.

Identity of Sodom in
Latter Days

The identity of Sodom has abundantly came into focus in these latter days; with acceptability that would have been condemned in earlier years. Scripture reveals: God them up to uncleanness through the lusts of their own hearts, to dishonor their bodies between themselves. Who changed (exchanged) the truth of God into a lie, and worshiped and served the creature more than the Creator, who is blessed forever. For this cause God gave them up unto vile affections; for even their women did change (exchange) the natural use into (for) that which is against nature.

Likewise also the men, leaving the natural use of the woman, burned in their lust one toward another; men with men working that which is unseemly (shameful), and receiving in themselves that recompense of their error which was meet (due). And as they did not like to retain God in their knowledge, God gave them over to a reprobate (debased) mind, to do those things which are not convenient (fitting).

The Apostle Peter revealed: God turned the cities of Sodom and Gomorrah into ashes condemned with an overthrow (destruction) making them an example to those that after (afterward) should live ungodly (2 Peter 2:6).

It was noted that while Sodom and Gomorrah; along with three other cities of the plain, were guilty of many other horrendous sins; homosexuality was identified as one of the reasons God poured out His destruction on the cities; completely destroying them and all their inhabitants with the exception of Lot and His family who were spared by God.

What is Being
Promoted as Normal

Scripture reveals: Sodom; along with Gomorrah and the cities about them, in like manner, giving themselves over to fornication (sexual immorality), and going after strange flesh (homosexuality) are set forth as an example, suffering the vengeance (punishment) of eternal fire (Jude 1:7).  It is imperative that one not be caught up in what is today being promoted as normal (rather than sinful); as an acceptable lifestyle in many nations.

It was noted that all around us are the signs that modern man refuses to accept the fact that sin in his problem.  Many no longer call homosexuality a sin but an alternate lifestyle.  Adultery is not viewed by some as merely a relationship. Abortion is now considered an expression of a woman's right.

No matter what seal of approval is placed on sin; it is still sin and an affront to God; and unless recognition of that fact comes into focus, and repentance offered, it will be dealt with by God in His time.