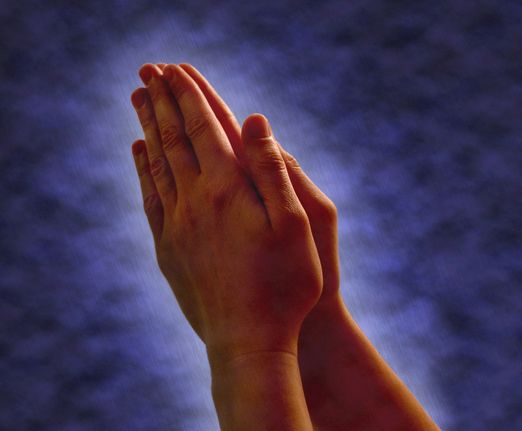 A Nineveh type repentance is needed for many once godly nations who have withdrawn from godly leadership and are being influenced by the ungodly; their survivability depends on it!  Many such nations were once under the umbrella of God's protective hand; but have now distanced themselves from His abundant provisions, having allowed tares to be sown among the wheat, and are suffering the results of such.

The tares at first resemble wheat (a deceptive feature) but have no real value other than to undermine the enhancement of productive of the wheat. The enemy (Satan) is in opposition to any godly nation that is under the influence of God's Word, and attempts to plant tares (to countermand that Word) as was accomplished, through the serpent, in the Garden of Eden.

It was noted that repentance is a divinely brought conviction of sin, that the soul is guilty before God, with a resolute turning away from sin, in which the sinner identifies himself with the gracious act of God in redeeming him.

Repentance involves both a renunciation of sin and an acceptance of God's Spirit toward enablement to holy living.  Repentance is necessary to salvation as asserted by God's Word, identifying a need for true salvation.  A Nineveh type repentance is expressed in the narrative of the term repentance.

Scripture reveals: Jonah (a prophet of God) began to enter into the city a day's journey, and he cried (cried out), and said, Yet forty days, and Nineveh shall be overthrown (destroyed) (Jonah 3:4).  It was noted that Jonah proclaimed what he was bid to do by God; and after one day's journey, the whole city was alarmed with his preaching, was terrified with it, and brought to repentance by it.

He lifted up his voice like a trumpet, that everyone might hear, saying, Yet forty days, and Nineveh shall be overthrown; not by a foreign army besieging and taking it, but by the immediate power of God at the end of forty days.

Scripture reveals the reaction of Nineveh to the promulgation of God's warning: The people of Nineveh believed God, and proclaimed a fast, and put on sackcloth (a sign of repentance), from the greatest of them even to the least of them (Jonah 3:5).

It was noted that they believed the word the prophet spoke was not the word of man, but the word of God.  A fast was proclaimed; not of themselves, but by the order of the king, and they put on sackcloth, from the greatest of them even to the least of them; having stripped themselves of their common and rich apparel, instead putting on sackcloth; usual in extraordinary cases of mourning (Instituting a Nineveh type repentance).

If Such an Alarm Were
Given Today

Were such a dramatic sounding the alarm given today; would a Nineveh type repentance be evident, or would the people fail to recognize a man sent from God, and continue indulging in sin as in the Pre-flood days of Noah, Sodom and Gomorrah, and Babylon the hold of every foul Spirit?  Many today have allowed sin to entertain their daily lives; learned to live with and accept its dominating features, with little desire to break away from its influence.

In previous years, when God was very much in evidence; through miraculous heart-rending messages of salvation, the response was great with a Nineveh type repentance coming into focus and lives changed towards holy living.  However, those days have been, in many cases, allowed to dissipate rather than being nourished and upheld.

God's Word offers a Nineveh type repentance:  If my people, which are called by my name, shall humble themselves, and pray, and seek my face, and turn from their wicked ways; then will I hear from heaven, and will forgive their sin, and will heal their land (2 Chronicles 7:14).

All these requirements were met by the people of Nineveh; beginning with its leadership, then all its inhabitants.  No one was cynical or rebellious; which would have precluded God's mercy being extended, all were of a repentant spirit.

It was noted that this call for repentance was originally given to King Solomon regarding the people of Israel, but is applicable to all who will call on the Lord in repentance and faith.  It is a high expression of God's loving readiness to hear the prayers of a repentant people (that of a Nineveh type repentance).  Scripture reveals: The Lord is not slack concerning his promise, as some men count slackness; but is long-suffering toward us, not willing that any should perish, but that all should come to repentance (2 Peter 3:9).

That We Perish Not

Scripture reveals the willingness of Nineveh to seek God; for His mercy, and the reason why: Who can tell if God will turn away from his fierce anger, that we perish not (Jonah 3:9)?  It was noted that these were the words of the king of Nineveh; with respect to God, encouraging the inhabitants of Nineveh to consider the probability, or at least the possibility, of God's being merciful to them.

The king spoke not as absolutely doubting, but as between hope and fear; encouraging his people not to despair, but to hope for the mercy of God, putting their hope of not perishing, but of salvation, adding emphasis to such through fasting, praying, and reformation from a life of sin, hoping for the mercy and goodness of God.

Grace Rather Than
Judgment

Scripture reveals: And God saw their works (repentance) that they turned from their evil way; and God repented (relented) of the evil, that he had said that He would do to them (Nineveh), and he did it not (Jonah 3:10).  It was noted that God did not change His ultimate intention toward the Ninevites; rather, they changed in their attitude toward Him.  On the basis of that change, God could deal with them in grace, rather than in judgment as their failure to repent would not necessitated.

It was reported that God gave Nineveh a respite for nearly 200 years; but later allowed it to be destroyed by the Babylonians and Medes. Scripture reveals: He will stretch out his hand against the north, and destroy Assyria; and will make Nineveh (its capital) a desolation, and dry like wilderness (Zephaniah 2:13).

Many once godly nations have allowed the unfruitful works of darkness to evade the land; rather than guarding against the marching forward of such.  They have allowed sin to engulf them, which opens the door for the fierce anger of God.

It took the promulgation of God's Word, pronounced judgment, to get the attention of the people of Nineveh (towards a Nineveh type repentance); what will it take today, as sin grows by leaps and bounds? We are seeing the lowering of the hedge of protection, allowing the results of sinfulness to engulf the land, rather than the protective hedge towards the godliness of any nation.

Many once godly nations are in need of a Nineveh type repentance; after having sold out to the world, allowing tares to be sown in their midst.  In addressing the ills of the tongue (an intermixing), James asked: Does a fountain sent forth at the same place sweet water and bitter? Can the fig tree bear olive berries? Either a vine, figs? So can no fountain both yield salt water and fresh (James 3:11-12).

Likewise, can a nation promote good; along with evil at the same time, and not place itself in the portals of God's judgment?  James pointed out that no fountain can bring forth salt water and fresh at the same time; neither can sin flourish alongside righteousness.

Where Does the Fault
Begin and End

A legendary evangelist of the first Great Awakening, Charles G. Finney, stated: Brethren, our preaching will bear its legitimate fruits.  If immorality prevails in the land, the fault is ours to a great degree.  If there is a decay of conscience, the pulpit is responsible for it.  If the church is degenerate and worldly, the pulpit is responsible for it.

Return to the Lord

Scripture reveals: Come, let us return to the Lord: for he has torn, and he will heal us; he has smitten (stricken), and he will bind (bandage) us up (Hosea 6:1).

The prophet Hosea was attempting to reveal to the people as to why certain things were happening in the land; noting that it was due to their failure to look to God!  He was attempting to lead them towards a Nineveh type repentance and restoration with God!  Can one having their eyes opened to the truth; do any less?