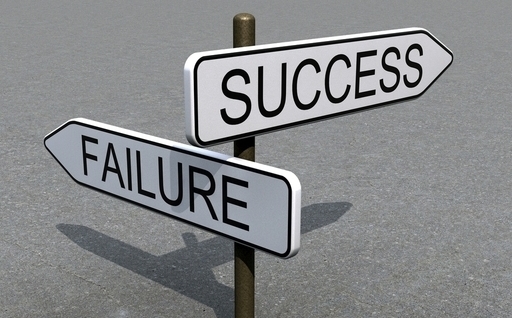 Scripture reveals: Blessed are they which do hunger and thirst after righteousness: for they shall be filled (Matthew 5:6).  It was noted that such shall experience a deep desire for personal righteousness which is proof of their spiritual rebirth in Christ.

Those who are empty of such; when they recognize their need will hunger and thirst for that which only God, through His Son, the Lord Jesus Christ can give.  They shall be filled refers to the complete satisfaction of the longing of the soul towards the righteousness of God and a peace that arises from having received the gift of life everlasting!

Scripture reveals: Awake to righteousness, and sin not; for some have not the knowledge of God: I speak this to your shame (1 Corinthians 15:34).  We are seeing a world-wide suffrage due to righteousness exalts a nation concept being cast aside.

Righteousness exalts a nation is that of a holy life, living righteously and godly in this present world, rather than as those who have no such knowledge or desire.  Those in such a category do not know the truth of God; the power of God, nor the justice of God, having given themselves over to sensual lusts and pleasures, thus corrupting their lives.

Counsel of the Ungodly

Scipture reveals: Blessed is the man that walks not in the counsel of the ungodly (wicked), nor stands in the way of sinners, nor sits in the seat of the scornful. But his delight is in the law of the Lord; and in his law does he meditate day and night (Psalm 1:1-2). The ungodly are not so: but are like the chaff which the wind drives away (Psalm 1:4).

The Lord knows the ways of the righteous: but the way of the ungodly shall perish (Psalm 1:6).

Those words are an encouragement towards righteousness exalts a nation concept; to walk not in the counsel fo the ungodly, which has been allowed to flow in the life of many nations, rather than the infallible (Pure) Word of God.

The end result of righteousness exalts a nation concept is the work of righteousness; through preaching and teaching the Word of God; which in so doing makes one hunger toward proclaiming the same to others, speaking its truths without wavering, publicly pronouncing one's faith in Christ, and the God of heaven.

There are many nations where the freedom to proclaim Christ is punishable by imprisonment or death; by those seeking to deter such who would be hindered by the Gospel message.  However, in may cases such an attempt to suppress the spreading of the Gospel actually encourages its continuation rather than diminish it!

Pervert the Ways of
Righteousness

Scripture reveals: O full of subtilty (deceit) and all mischief, you child (son) of the devil, you enemy of all righteousness, will you not cease to pervert (make crooked) the right (straight) ways of the Lord (a call towards righteousness exalts a nation concept) (Acts 13:10).

It was noted that such a person has a carnal mind, vain and empty, and destitute of all that is good; being full of evil.  Such a person is wise to do evil; not having knowledge of what is spiritually sound, referred to as a child (son) of the devil.  Such a person will not cease to pervert the ways of righteousness; rather than enhance its existence.

There are many who would hinder the spread of the Gospel message. They are void of the fact that righteousness exalts a nation; rather relishing in the sin-filled world they dwell in, often having just enough knowledge of religion to allure one into their web of deceit to promote the unrighteousness of man.

Youth of the Land

Scripture reveals: Flee youthful lusts; follow (pursue) righteousness, faith, charity (godly love), and peace with them that call on the Lord out of a pure heart (2 Timothy 2:22).  It was noted that youthful lusts are deep-seated desires that are particularly ﻿perilous to those who the youth who are inexperienced. One is to pursue with intensity; the righteousness which is consistent with the character of God.

The youth of the land have become a target for erroneous teaching that would exclude God from the picture. There is an attempt to teach the very young to adopt ungodly lifestyles being introduced; and preclude any knowledge of God's Word that condemns such lifestyles.

Scripture reveals: Let us not sleep, as do others; but let us watch and be sober (1 Thessalonians 5:6).  It was noted that this is a call to the righteousness exalts a nation concept rather than that of a person who is in the state of darkness (sin), indulging in carnal lusts and pleasures, without restraint, being indifferent to the truths of the Gospel message, or any exhortation given to wake to the truth.

The believer in Christ is not to give in to bad principles, evil practices, the snares of this world, or the erroneous doctrine of evil men, who lie in wait to deceive.  One is to be sober; not overcharged with the cares of this life, or fall into the snare and temptations and hurtful lusts of this world.  Let us not sleep as others is a call to righteousness of God; not the evil dedicates of man.

Laws are being enacted, along with judicial rulings, in a merciless assault in direct opposition to God's Word.  Let us pray for an awakening towards the righteousness of God; versus the deplorable evilness that has evaded many lands.

When people have had enough of ungodly maneuvering in the land, they seek means to offset the ungodliness of man and his attempt to dominate.  However, it will take the mighty outpouring of God's Spirit; and a willingness to pay heed to "What Thus saith the Lord" to awake one out of a "tolerance and acceptance" attitude; along with godly leadership to prevail over ungodly maneuvering and injustice.

It was noted that while this promise was originally given to King Solomon regarding the people of Israel, it is applicable to any nation, or people, who will call on the Lord in repentance and faith.  This verse stands as a high expression of God's loving readiness to hear the prayers of a repentant people.  We are seeing chaos, national disasters, pandemics, wars and rumors of wars in many nations, because of failure to comply with 2 Chronicles 7:14!

It was noted that things which once would have shocked Christians are now commonplace.  There is much that does not disturb the church like it once did.  Many Christians have been lulled into believing that all is well. There may be small victories, a revival here, a church doing a good work there, but where is the moral outrage necessary to petition God for another great awakening?

Those words should awaken one to a need for righteousness exalts a nation concept to be applied; rather than being fed the niceties of the things which only being temporal joy, not the eternal truths of God's Word.

A famous 19th century French statesman, and historian, traveled to a new nation to discover the reasons for its incredible success.  He wrote: I sought for the key to her greatness in her harbors; in her fertile fields and commence; in her public school system and institutions of learning.  Not until I went into her churches and heard her pulpits flame with righteousness did I understand the secret of her genius and power.

An unknown author wrote concerning a nation: Love her, but love her wisely. Work hard to cure the faults, the mistakes under which she labors. Do not let her be ruled by a few who make it their business and profit to rule. She is yours.  Both of those articles were written concerning America but could be suited to any nation.

An unknown author wrote of the things that will destroy us: Politics without principle, pleasure without conscience, wealth without work, knowledge without character, business without morality, science without humanity, and worship without sacrifice.  Pray that nations will come to the reality that righteousness exalts a nation, and all the godly traits that title implies; that the evilness of man will be cast aside, and righteousness will dominate the land!