MINDSET OF THE WORLD 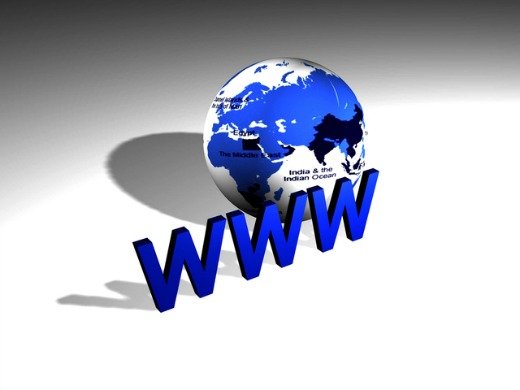 Mindset of the world has evolved into an escapism from God; with mindset being one's mental attitude that determines how one interprets or responds.  Our electronic world is helping introduce the mindset of an ungodly environment.  There is an introduction to sinful ways that would have been considered alien in previous years.

Escapism is an inclination to retreat from traditional ways; when new provocative ways are introduced that are more appetizing; this happened in the Garden of Eden.  Scripture reveals: And when the woman (Eve) saw that the tree was good for food, and that is was pleasant (desirable) to the eyes, and a tree to be desired to make one wise, she took of the fruit thereof, and did eat, and gave also to her husband (Adam) with her; and he did eat (Genesis 3:6).

The fruit that was forbidden by God; was made appealing as an inducement for its consumption, partaken of, then passed on to another.  This is the same method of temptation today; with consumption leading to an escapism from the norm, not what God originally intended for mankind.

Mindset of the World
Retreating from Former Morals

In the Garden of Eden, Eve was questioned by the serpent concerning the forbidden fruit; about the fact that God would restrict man's freedom of choice.  The serpent, as an instrument of Satan, was attempting to cast doubt on God's Word; with the mindset of the world being entertained in like manner today.

Scripture reveals: The Lord God took the man (Adam), and put him into the garden of Eden to dress (tend) it and to keep it. And the Lord God commanded the man, saying, Of every tree of the garden you may freely eat: but of the tree of the knowledge of good and evil, you shall not eat of it: for in the day that you eat thereof you shall surely die (Genesis 2:15-17).  Satan, through the serpent, focused on the "one tree" that could not be partaken of!

Escapism is a dissociation, evasion, or withdrawal.  Scripture reveals: This know also, that in the last days (which we are in) perilous times shall come (2 Timothy 3:1).  Some of the characteristics of that time are mentioned in the same text:  Men shall be lovers of their own selves, despisers of those that are good, lovers of pleasures more than lovers of God; having a form of godliness, but denying the power thereof. It was noted that a form of godliness is mere religion without power or spiritual life.

Many today who profess the name of Christ are not walking in the newness of life in Christ.  They have not  been freed of the old life (prior to conversion).  Scripture reveals: Let us walk honestly (properly), as in the day; not in rioting  and drunkenness, not in chambering (licentiousness) and wantonness (lewdness), not in strife and envying. But put you on the Lord Jesus Christ, and make not provision for the flesh, to fulfill the lusts thereof (Romans 13:13-14).

It was noted that one should not seek opportunities to satisfy the deep-seated desires of the sin nature, but should seek occasion to manifest works that are consistent with a new life in Christ. Scripture reveals: Present their bodies a living sacrifice, holy, acceptable to God which is your reasonable service.  Be not conformed to this world (the mindset of the world); but be you transformed by the renewing of your mind, that you may prove what is that good, and acceptable, and perfect, will of God (Romans 12:1-2).

Turning Away From
the Truth

Scripture reveals:  Preach the Word; be instant (ready) in season, out of season; reprove, rebuke, exhort with all longsuffering and doctrine; for the time will come when they will not endure sound doctrine; but after their own lusts shall they heap to themselves teachers, having itching ears; and they shall turn away their ears from the truth, and shall be turned to fables (that which is fictitious) (2 Timothy 4:2-4).  It was noted that preaching is the God-ordained means to prevent defection from the truth.  Those who appeal to itching ears tell people what they want to hear, not what they need to hear.

Those words still ring loud and clear today; even more meaningful than when first spoken!  There are those tasked with the promulgation of God's Word who have become slack in the original commission originally (Matthew 28:19-20).  There are those who have failed to push back the plate of acceptability; accepting the mindset of the world, walking away from their given responsibility towards God's Word.

God's Readiness to Hear
Prayers of a Repentant People

The mindset of the world has opened the door for all forms of evil to reign; promoted by laws and judicial rulings to help its advancement. In Greek mythology a story is told of a box sent by the gods to Pandora, which she was forbidden to open.  She opened the box out of curiosity and loosened a swarm of evils upon mankind; a prolific source of troubles.

Many nations are experiencing such a turmoil; caused by a mindset of leaving God out of the picture, and suffering the consequences for having done so!  It is needful that 2 Chronicles 7:14 be adhered to: If my people which are called by my name, shall humble themselves, and pray, and seek my face, and turn from their wicked ways; then will I hear from heaven, and will forgive their sin, and will heal their land.

It was noted that while this promise was originally given to King Solomon regarding the people of Israel, it is certainly applicable to all who will call on the Lord in repentance and faith. This verse is an expression of God's loving readiness to hear the prayers of a repentant people.

Scripture reveals:  The Lord is not slack concerning his promises, as some men count slackness; but is long-suffering to us-ward, not willing that any should perish, but that all should come to repentance (2 Peter 3:9).  It was noted that God is not willing that any should perish clearly expresses desire for the salvation of all who will trust in Him!

The day of the Lord will come as a thief in the night; in which the heavens shall pass away with a great noise, and the elements shall melt with fervent heart, the earth also and the works that are therein shall be burned up.  Seeing then that all these things shall be dissolved, what manner of persons ought you to be in all holy conversation (conduct) and godliness (2 Peter 3:10-11).

It was noted that the day of the Lord refers to the return of Christ in judgment.  The elements shall melt with fervent heat could refer to a nuclear holocaust and one is to look beyond this present world to the new heavens and earth.  Scripture reveals: Nevertheless we, according to his (God's) promise, look for new heavens and a new earth, wherein dwells righteousness (2 Peter 3:13).

Scripture reveals: Were they ashamed when they had committed abomination? No, they were not at all ashamed, neither could they blush; therefore they shall fall among them that fall; at the time that I visit (punish) them they shall be cast down, saith the Lord (Jeremiah 6:15). Do we now find such an attitude; as the mindset of the world is forsaking God; and salvation in the Lord Jesus Christ?