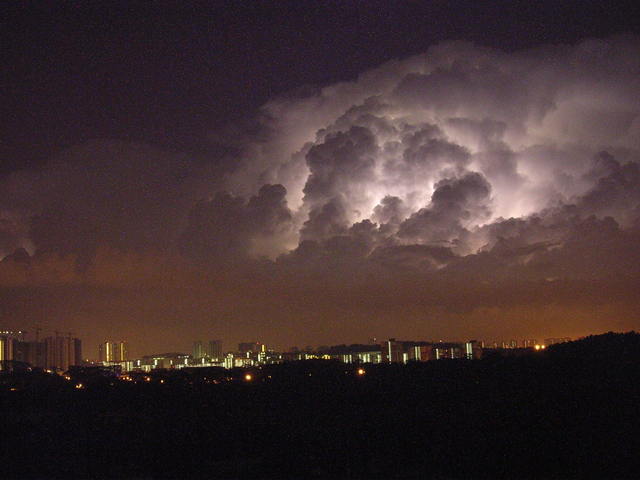 Judgment of God is administered as a deterrent from continuation of ungodly avenues that separates one from God; with such invoked on nations, and individuals, who have yielded over to influences that promote a withdrawal from God.

It was noted that the history of ancient Israel, revealed in God's Word, is the story of a succession of judgments upon His covenant nation when they flouted His will.  Scripture reveals: For the day of the Lord is near upon all the heathen (nations): as you have done, it shall be done to you: Your reward (reprisal) shall return upon your own head (Obadiah 1:15).

Be not deceived: God is not mocked; for whatsoever a man sows, that shall he also reap  (Galatians 6:7).  It was noted that to disobey God's commands and then escape divine punishment would be to outwit God, thus making a mockery of Him and His Word.

Judgment of God
will Come

Many nations have flaunted God's Word through acceptance of ungodly ways; attempting to make a mockery of God's Word.  His Word still stands, as when first proclaimed, and one day the judgment of God will come to those who are disobedience to His Word; unless repentance comes into focus!

Scripture reveals that such a day will come, as prophesied, with ten thousands of His saints, to execute judgment upon all, and to convince (convict) all that are ungodly among them of their ungodly deeds which they have ungodly committed, and all their harsh speeches (harsh things) which ungodly sinners have spoken against him (Jude 1:14-15).

Using the term ungodly repeatedly describes the actions and attitudes of those who are denounced.  We are seeing devastation and destruction affecting many nations; the allowance for such possibly being token judgments from God that they may return to Him again!

Many nations do not recognize God; but rather worship gods made with men's hands.  The Apostle Paul attempted to correct that mistake on Mars' Hill, in the city of Athens, stated:

God that made the world and all things therein, seeing that he is Lord of heaven and earth, dwells not in temples made with hands; neither is worshiped with men's hands, as though he needed anything, seeing he gives to all live, and breath, and all things; and has made of one blood all nations of men for to dwell on the face of the earth, and has determined the times before appointed, and the bounds of their habitation (Acts 17:24-26).

No nation on earth is excluded from the phrase "Has Made One Blood of All Nations" yet many refuse to accept the God of all Creation, and His Holy Word!

The Apostle Peter exposed those who with deceptive words attempted to make mockery of God's Word, revealing there were false prophets also among the people, even as there shall be false teachers among you, who privily (secretly) shall bring in damnable (destructive) heresies, even denying the Lord that brought them, and bring upon themselves swift destruction (the judgment of God).

And many shall follow their pernicious (destructive) ways; by reason of whom the way of truth shall be evil spoken of.  And through covetousness shall they with deceptive words make merchandise (exploit) you: whose judgment now of a long time lingers not (has not been idle), and their damnation (destruction) slumbers not (2 Peter 2:1-3).

Speaking concerning Jerusalem, the prophet Jeremiah, cried out:  Wash (cleanse) your heart from wickedness, that you may be saved.  How long shall your vain thoughts lodge within you (Jeremiah 4:14)?

The need for cleansing from wickedness can arise from many sources: Absorbing immoral movies and television; carelessly surfing the Internet; listening to malicious talk; ignoring the Word of God and giving in to a materialistic worldview.  A question was asked: Will we allow the sanctifying Scriptures and the purifying blood of Christ to cleanse the heart and mind; or will we persist in sin-filled thinking and experience the judgment of God?

Wickedness of
This World

The prophet Isaiah, in speaking the words of the Lord, said that which could readily be applied to nations today who have succumbed to the wickedness of this world: I have spread out my hands all the day to a rebellious people, which walked in a way that was not good, after their own thoughts (ways) (Isaiah 65:2).

Isaiah pronounced the judgment of God: Therefore I will number you to the sword, and you shall all bow down to the slaughter: because when I called, you did not answer; when I spoke, you did not hear; but did evil before my eyes, and did choose that where I delighted not (Isaiah 65:12).

To bow down to the slaughter is to be obligated to submit to the conqueror.  In our present day many are bowing down to the conqueror; the ungodliness that is flourishing in many lands, that has grown in proportion as in the Pre-flood days of Noah, Sodom and Gomorrah, and Babylon which was the hold of every foul Spirit.  Is time not ripe towards the judgment of God being unleashed?

There is an influx of ungodliness that has not gone unnoticed by God:  The killing of the unborn; allowing Sodom and Gomorrah to rise again through homosexuality, same sex marriage, and a transgender movement that is contrary to the natural order of things established by God.

There is an avalanche of pornography that has infiltrated the land, polluting the mind, advancing an ungodly culture that tears at the seams of a nation, unraveling a pollution that goes far beyond man's imagination, with morals and decency being tossed aside.

This ungodliness is as tentacles reaching into the far corners of the world without remorse or shame; being indoctrinated towards the youth of the land, at a tender young age, towards acceptability rather than adherence to the Word of God which calls such an abomination.  The judgment of God may be seen in many forms; such as a redrawing of His blessings, towards those who have allowed ungodliness to reign in the land!

It was noted that God, having power and authority to create, has power and authority to destroy that which He creates.  This was shown by the Flood in the days of Noah.  When God saw that the wickedness  of man was great in the earth, and that every imagination of the thoughts of his heart was only evil continually (Genesis 6:5).

God said to Noah, the end of all flesh is come before me; for the earth is filled with violence through them; and, behold, I will destroy them with the earth (Genesis 6:13). It was noted that to give live and take away life are both within God's authority; no nation can continue to ignore God and sin freely without suffering the consequences.  No matter how blessed a nation has been, if it forsakes God, it faces his great displeasure and judgment.

While this promise was originally given to King Solomon regarding the people of Israel, it is applicable to all who will call on the Lord in repentance and faith.  This verse stands as a high expression of God's loving readiness to hear the prayers of a repentant people.

When God sent the prophet Jonah to pronounce the judgment of God on Nineveh; there was a Nineveh type repentance, that should be an example to all once godly nations.  Scripture reveals: As Jonah begin to enter into the city, a day's journey, he cried out:  Yet forty days, and Nineveh shall be overthrown.

The people of Nineveh believed God, and proclaimed a fast, and put on sackcloth (a sign of repentance), from the greatest of them, even to the least of them (Jonah 3:4-5).  The people of Nineveh turned every one (from the greatest to the least) from the violence that was in their hands, creating a godly environment that altered the judgment of God.

Scripture reveals: God saw their works, that they turned from their evil way; and God repented (relented) of the evil, that he had said that he would do to them; and he did it not (Jonah 3:10).  God did not change His ultimate intention toward the Ninevites; rather, they changed their attitude toward Him.  On the basis of that change, God could deal with them in grace, rather than the judgment of God that their failure to repent would have necessitated.