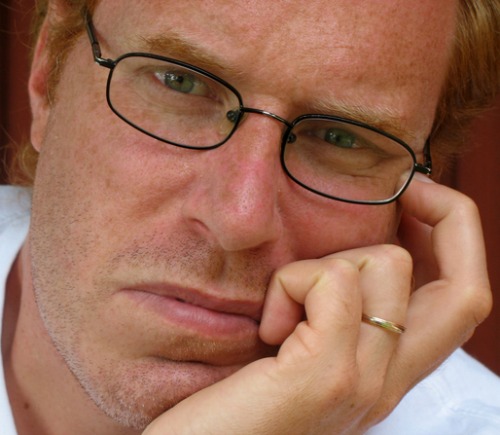 Programming the mind is of upmost importance with that which will not return to haunt one later in life; for such can tarry to be recalled long after one has divorced themselves from its influence!

Many today have allowed the ungodliness of man to pollute the mind rather than have safeguards to offset such an influence.  The internet has safeguards that can filter unwanted material but at times those safeguards may fail; or even be skirted past to gain entrance to that which has been danged as bait programming the mind in the wrong direction.

Scripture reveals: Wherein in time past you walked according to the course of this world, according to the  prince of the power of the air, the spirit that now works in the children of disobedience: Among whom also we all had our conversation (conducted ourselves) in times past, in the lusts of our flesh, fulfilling the desires of the flesh and of the mind; and were by nature the children of wrath even as others (Ephesians 2:2-3).

It was noted that "you walked" means you lived with the tendencies, thoughts, pursuits, and deeds, and so on, that were opposed to God and hostile to Him.  You lived with ungodly values being subject to the dictates and wishes of Satan programming the mind towards acceptance of such.

God does not leave one in that condition! Scripture reveals: God who is rich in mercy, for his great love wherewith he loved us, even when we were dead in sins has quickened (made us alive) together with Christ, by grace you are (have been) saved (Ephesians 2:4-5).  God's saving grace reaches out to those who heed His call towards obtaining a heavenly reward through the Lord Jesus Christ.

There has been a laxity in promoting the Word of God; with many voices being silenced, either by choice or threat.  The steadfastness of the past towards God's Word is being tarnished by those who seek to lessen its influence.

The guiding principles, and commandments of God's Word is being filtered out to go along with desired lifestyles.  Programming the mind towards acceptance of such, is condemned in God's Word, but despite that fact, is growing by leap and bounds.  There has been little outcry coming forth, in some cases by the church, due to acceptance of a form of godliness rather than the Unadulterated (Pure) Word of God.

Scripture sets a guideline as to what one is to consume; with the programming of mind towards what is acceptable to God bringing about the peace of God in mind and heart.  In order to keep God's peace one must occupy the mind with the right things and busy themselves with right activities.

Whatsoever things are true is in regard to all that is truth and in agreement with God's Word.  The opposite of such is falsehoods, lying, and hypocrisy.  We are witnessing this to such a degree that it is difficult to tell truth from falsehoods because the latter had been cleverly disguised to make it appear as truth.

Scripture reveals the consequences for failure to tell the truth:  The fearful (cowardly), and unbelieving, and the abominable, and murderers, and whoremongers (sexual immoral), and sorcerers, and idolaters, and all liars, shall have their part in the lake which burns with fire and brimstone; which is the second death (Revelations 21:8).

And there shall in no wise enter in anything that defiles, neither whatsoever works (causes) abomination, or makes a lie: but they which are written in the Lamb's book of life (Revelation 21:27).

Whatsoever things are honest in the sight of men; with the opposite programming the mind towards that which is excessive (unnatural), not having steadfastness but changeable, with little regard towards the consequences for having done so.

There is a growing trend of withdrawing from the Word of God because it condemns one's standard of conduct; bringing a reproach on desired lifestyles.  Honesty is not a virtue that excels in the personage of man or woman; when they seek their own personal gain, no matter the cost.

Whatsoever things are pure in words and deeds, agreeable in the holy nature, law, and will of God to promote holiness in heart and life. Opposite is filthiness and foolish talking, obscene words and actions, which is in abundance in these latter days.

There is an avalanche of ungodliness programming the mind that has far surpassed the pre-Flood days of Noah, Sodom and Gomorrah, and Babylon which was the hold of every foul spirit.  Ungodliness is having no regard towards God, or His Word, with one being polluted by sin and wickedness.

Whatsoever things are lovely are amiable in themselves, found among moral men, to cultivate and increase love and friendship.  Such are grateful to God with the opposite being contention, strife, wrath, and hatred.

Scripture reveals the fruit of the Spirit: Love, joy, peace, long-suffering, gentleness, goodness, faith, meekness, temperance: against such there is no law (Galatians 5:22-23) which could readily fall under the whatsoever things are lovely category.

It was noted that love is the willing sacrificial giving of oneself for the benefit of another without thought of return.  Joy is gladness of heart. Peace is tranquility of mind.  Long-suffering is patience with others. Gentleness is kindness.  Goodness is generosity.  Faith here refers to dependability.  Temperance is self-control.

Whatsoever Things are
of a Good Report

Scripture reveals that a good name is better than precious ointment; and the day of death than the day of one's birth (Ecclesiastes 7:1).  The Apostle Paul noted: We are ambassadors for Christ, as though God did beseech you by us: we pray (implore) you in Christ's stead (on His behalf), be you reconciled to God (2 Corinthians 5:20).

This lays a serious charge to those of a good report.  An ambassador of any nation,  is its representative, with their actions being keenly observed and noted.  It is no different with a Christian being the representative of Christ!

Think on These Things

The final category mentioned is: If there be any virtue and if there be any praise think on these things.  One is to mediate on them, resolve them in their minds, seriously considering them, in order to put them into practice; to follow after meaningful instruction, as a representative of God, and the Lord Jesus Christ.

Scripture reveals: Be you not unequally yoked together with unbelievers; for what fellowship (in common) has righteousness with unrighteousness?  And what communion (fellowship) has light with darkness (2 Corinthians 6:14)?  Wherefore come out from among them, and be separate saith the Lord, and touch not the unclean thing; and I will receive you (2 Corinthians 6:17).

Having therefore these promises, let us cleanse ourselves from all filthiness of the flesh and spirit, perfecting holiness in the fear of God (2 Corinthians 7:1).  And be not conformed to this world; but be transformed by the renewing of your mind (programming the mind with godly virtues), that you may prove what is that good, and acceptable, and perfect, will of God (Romans 12:2).

Beyond the Bounds of
Human Decency

We are living in a society that has gone far beyond the bounds of human decency; because programming the mind has been geared towards such a mentality, being readily accepted rather than rejected.

The Apostle Paul told Timothy, a young evangelist, that evil men and seducers shall grow worse and worse, deceiving, and being deceived (2 Timothy 3:13).  But preach the word, be instant (ready) in season, out of season; reprove, rebuke, exhort with all long-suffering and doctrine.

For the time will come when they will not endure sound doctrine; but after their own lusts shall they heap to themselves teachers, having itching ears; and they shall turn away from the truth, and shall be turned into fables (that which is fictitious) (2 Timothy 4:2-4).  Teachers who appeal to itching ears tell people what they want to hear, not what they need to hear.

The Apostle Peter revealed that many would walk after the flesh in the lust of uncleanness.  They would speak evil of the things they understand not and would utterly perish in their own corruption.  They would beguile (programming the mind) unstable souls.

Programming the mind is to gear one towards the life-saving message of God's Word; to avoid the pollution of this world, yielding one's heart and life over to a living Savior (the Lord Jesus Christ) and the influence of God's blessed Word!