THE UGLINESS OF
SIN
Listen 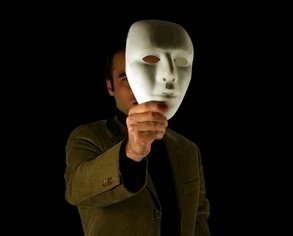 The ugliness of sin has become a pandemic as it raises its ugly head of dominance and control in people's lives.  If one compares the godly days of the past they can readily recognize the influence that sin has gained in the lives of those who have been blinded by its deceptive nature.

A Bible dictionary noted that the first sin in the universe was an act of free will in which man, with adequate understanding of the issues, chose to corrupt the holy, godly character with which God originally endowed His creation.  They became guilty before God which involved the whole human race in their corruption and guilt.  The ugliness of sin has continued since that day; as man departs from godly precepts to accept the ungodliness being presented.

The Ugliness of Sin
Identified

Scripture reveals: If God spared not the angels that sinned, but cast them down to hell, and delivered them into chains of darkness, to be reserved unto judgment; and spared not the old world, but saved Noah, the eighth person, a preacher of righteousness, bringing in the flood upon the world of the ungodly.

Turning the cities of Sodom and Gomorrah into ashes condemning them with an overthrow (destruction), making them an example to those that after (afterward) should live ungodly; and delivered just Lot, vexed (oppressed) with the filthy conversation (conduct) the of wicked.

For that righteous man dwelling among them, in seeing and hearing, vexed (tormented) his righteous soul from day to day with their unlawful deeds; the Lord knows how to deliver the godly out of temptations, and to reserve the unjust unto the day of judgment to be punished (2 Peter 2:4-9).  A study of civilizations reveals that mortality was not due to lack of mental ability but to moral degeneration.

It was noted that all around us are the signs that modern man refuses to accept the fact that sin is his problem.  Many no longer call homosexuality a sin but an alternate lifestyle.  Adultery is now viewed by some as an alternate lifestyle.  Abortion is now considered an expression of a woman's right; with Identification of those areas even greater than when stated.

Sin is now presented with boldness demanding acceptance by others, as leadership of nations continues to adopt immorality as being a normal and acceptable lifestyle.  When one reads God's Word they can readily see that it condemns immoral and sinful lifestyles; identifying the ugliness of sin and its domineering features.  As previously stated, God destroyed Sodom and Gomorrah for their sin-ridden ways (that included homosexuality) as an example to those that afterward should live ungodly (2 Peter 2:6); yet in action and deed such flourishes today!

Adam's sin consisted in yielding to the assaults of temptation (by the serpent - Satan's tool of deception) and eating the forbidden fruit.  (Eve) was first to be deceived and then offered the forbidden fruit to her husband Adam; with mankind becoming a victim as well (as previously mentioned). The forbidden fruit (the ugliness of sin) has continued to be a target of Satan since that eventful day.

Scripture reveals: When the woman (Eve) saw that the tree was good for good, and that it was pleasant to the eyes (desirable), and a tree to make one wise (an untruth revealed by the the serpent), she took of the fruit thereof, and did eat, and gave to her husband with her; and he did eat (Genesis 3:6).

Jonathan Edwards sermon, Sinners in the Hands of An Angry God, contained these words: Consider the fearful danger than you are in: You hang by a slender thread, with the flames of divine wrath flashing about it, and ready every moment to singe it, and burn it asunder.

Those words still ring loud and clear today towards endangered souls who are about to descend into eternity without benefit of a Savior (the Lord Jesus Christ), unless repentance comes into focus prior to Judgment Day.

The ugliness of sin captivates the hearts of millions of people who no longer are influenced, as in times past, by godly men who proclaim God's Unadulterated (Pure) Word.  I witnessed a monarch butterfly that had been caught in the snare of a spider's web; I leaned over and free it from its entrapment, for the spider had not yet began its work, and it flew up "freed" from its confinement.

It was a beautiful sight to behold, and that is what God wants to see for His people, freed from the temptation of sin that so readily ensnares one in our modern day culture.  God gave His best in providing His only begotten Son, as an atonement for our sin, which frees us from the ugliness of sin through Jesus Christ as our Lord and Savior.

The ugliness of what the spider was going to do to such a beautiful butterfly was undone by a moment of kindness and such is the beauty of salvation that frees one from a sinful life into the beauty of holiness. Scripture reveals: Being made free from sin, we become servants to God, having our fruit unto holiness; and the end everlasting life (Romans 6:22).

Scripture reveals the words of the Lord spoken by the prophet Jeremiah: O Jerusalem, wash your heart from wickedness, that you may be saved, how long shall your vain (wicked) thoughts lodge with you (Jeremiah 4:14)?  It was noted that such thinking can arise from many sources: Absorbing immoral movies and television programming; carelessly surfing the Internet; listening to malicious talk; ignoring the Word of God; giving into a materialistic worldview.

Will we allow the sanctifying Scriptures and the purifying blood of Christ to cleanse our heart and mind or will we persist in sin-filled thinking and experience God's judgment.  Scripture reveals: The wages of sin is death (physical and spiritual); but the gift of God is eternal life though Jesus Christ our Lord (Romans 6:23).

The ugliness of sin has been camouflaged by a world that is hungry for pleasure seeking activities; rather than being committed to God's Word, with an endearment to sin that is past understanding, except to realize who presented it to mankind in the beginning (Satan) in the form of a serpent.

Scripture reveals: There was war in heaven: Michael and his angels fought against the dragon; and the dragon fought against his angels, and prevailed not; neither was their place found any more in heaven. And the great dragon was cast out, that old serpent called the Devil, and Satan, which deceives the whole world; he was cast out into (to) the earth, and his angels (his cohorts - the fallen angels) were cast out with him (Revelation 12:9).

Then came a warning: Woe to the inhabitants of the earth, and of the sea! For the devil is come down to you, having great wrath, because he knows that he has but a short time (Revelation 12:12).

In the Last Days

Scripture reveals: This know, that in the last days (which we are in) perilous times shall come.  Men shall be lovers of their own selves, covetous, boasters, proud, blasphemers, disobedient to parents, unthankful, unholy, without natural affection, true breakers, false accusers.

Incontinent (without self-control), fierce, despisers of those that are good, traitors, heady (reckless), high-minded, lovers of pleasures more than lovers of God; having a form of godliness, but denying the power thereof: from such turn away (2 Timothy 3:1-5).

The ugliness of sin will feed those categories due to evilness rising in the heart of man. God destroyed the evilness of man by a Flood in the days of Noah, Sodom and Gomorrah due to vile evilness within, Babylon the hold of every foul spirit, and one day will deal with the evilness of man as revealed in His Word.

Scripture reveals: The world that then was (pre-Flood days of Noah), being overflowed with water, perished: But the heavens and the earth, which are now, by the same word are kept in store, reserved unto fire against (until) the day of judgment and perdition (destruction) of ungodly men (2 Peter 3:7).

But the day of the Lord will come as a thief in the night (totally unexpected); in which the heavens shall pass away with a great noise, and the elements shall melt with fervent heat, the earth also, and the works that are therein shall be burned up.  Seeing that all these things shall be dissolved (destroyed), what manner of persons ought you to be in all holy conversation (conduct) and godliness (2 Peter 3:9-11).

The Apostle Peter gives hope to the believer in Christ, in saying: Nevertheless we (the believer), according to his (God's) promise look for new heavens and a new earth, wherein dwells righteousness. Wherefore, seeing that you look for such things, be diligent that you may be found of him in peace, without spot, and blameless (2 Peter 3:13-14).  The ugliness of sin, or God's judgment, does not have to be a part of one's life; if they are firmly grounded in God's Word, living a life in Christ, and not influenced by the sinfulness of man.