THE TOOLS OF SATAN
Listen 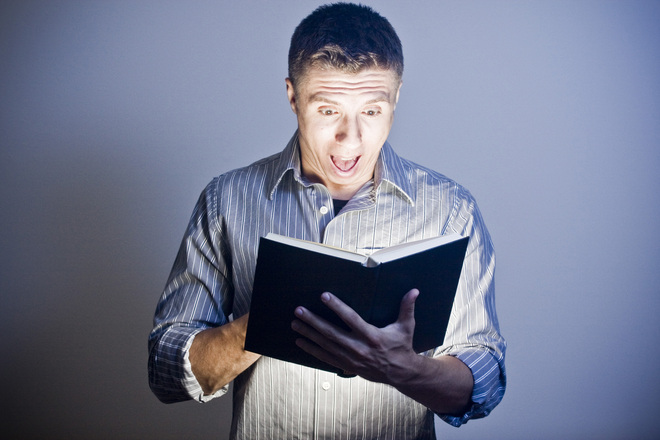 The tools of Satan are ambiguous in nature in that they appear to be acceptable yet destructive; being promoted by a digital world to capture an audience, that otherwise would be unattainable.  When one leaves God out of the picture they invite the enemy of the soul (Satan) to bring them into captivity.

Our system of government was established on morality and religious sentiment.  Moral habits cannot safely be trusted on any other foundation than religious principle, nor any government be secure which is not supported by moral habits.  If the power of the Gospel is not felt throughout the length and breadth of the land, anarchy and misrule, degradation and misery, corruption and darkness will reign without mitigation or end (Daniel Webster).

Words of warning that have become a reality in our modern day culture as it walks away from the morality of yesteryear, with the tools of Satan bringing misrule, corruption, and darkness to many nations.

The Tools of Satan
Changing Culture

A definition of the term tool is any instrument of use or service primarily to create, manipulate, or modify.  We are seeing such to change culture and minds of the people towards acceptance.

It was reported that any country grounded in Christian values cannot be overthrown until those roots are cut; to change a culture requires a long march though its institutions by infiltration of the press, gaining control of key positions in radio, TV, and motion pictures; discredit the family as an institution; control the schools to promote the sought after agenda; infiltrate the churches to replace revealed religion with social religion (a social gospel), and discredit the Bible.

Undermining the Word
of God

There is an inroad being laid, through the tools of Satan, to lay groundwork towards ungodly features that will pave the road to Hell rather than a heavenly gain.  People are being deceived by the great deceiver (Satan) who begin his devious work in the Garden of Eden; through one of the tools of Satan (the serpent), to undermine the Word of God.

The truths of God's Word is still being ignored today, with the tools of Satan (the ungodliness of man) used  that will only lead one to Hell versus a heavenly gain.  Scripture reveals: Therefore hell has enlarged herself (through deceptive practices of Satan and His cohorts), and opened her mouth without measure; and their multitude (the ungodly), and their pomp (who sought after the riches of this world), and he that rejoices (with ungodly activity) shall descend into it (Isaiah 5:14).

Seeking the Soul
of Man 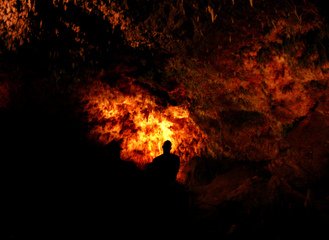 Scripture reveals: The great dragon was cast out (of heaven), that old serpent, called the devil, and Satan, was cast out into (to) the earth, and his angels with him (Revelation 12:9).  The angels which kept not their first estate (proper domain), but left their own habitation (a heavenly abode), he (God) has reserved in everlasting chains under darkness to the judgment of the great day (Jude 6).

Then comes a warning: Woe to the inhabitants of the earth, and of the sea, for the devil (Satan) is come down unto you, having great wrath, because he knows that he has but a short time (Revelation 12:12). Though the tools of Satan, and his cohorts, he is actively seeking the soul of man which belongs to God. Mankind, in many instances, is on a rampage towards destruction; headed for a Devil's Hell, unless repentance (coming to one's senses) becomes a reality before Judgment Day.

Scripture advances concern for individuals who have gone astray into the grip of Satan's influence, through promotion of ungodliness, and gives a recipe towards recovery: In meekness instruct (correct) those that oppose themselves (are in opposition); if God peradventure will give them repentance (change of mind) to the acknowledgement of the truth.

That they may recover themselves (come to their senses) out of the snare of the devil (Satan), who are taken captive by him to do his will (2 Timothy 2:25-26).  Repentance refers to conviction that precedes genuine faith in Christ.  Scripture reveals: The Lord is not slack concerning his promise (destruction of the ungodly), as some men count slackness; but is long-suffering to usward, not willing that any should perish, but all should come to repentance (2 Peter 3:9). This clearly expresses that God is not willing that any should perish (to a devil's hell) but salvation (a heavenly abode) to all who will trust in Him.

The Apostle Paul wrote: If our gospel (previously preached to the people) be hid, it is hid to them that are lost (perishing).  In whom the god of this world (Satan) has blinded the minds of them which believe not, lest the light of the glorious gospel of Christ, who is the image of God, should shine unto them (2 Corinthians 4:3-4).

The Apostle Paul knew that Satan can and will use any incident to distract and diminish the work of God.  If he can being disunity, he will have accomplished that which he set out to do.  Scripture reveals the importance of unity: Behold (take note), how good and how pleasant it is for brethren to dwell together in unity (Psalm 133:1).

Enemy of God
and Man

It was noted that the devil (slanderer) is one of the principal titles of Satan, the arch-enemy of God and man.  He rebelled against God when in a state of holiness and lead other angels into rebellion with him. Satan is a being of superhuman power.  He tries to frustrate God's plans and purposes for human beings.  His principal method of attack is through temptation and deception.  On Judgment Day he, and his cohorts (those utilized as his instruments), will be cast into Hell to remain there forever.

We are living in an hour in which the tools of Satan are  maximized to ensnare his victims. Unless repentance, and acknowledgement of the truth comes into focus, those deceived will share in the fate of Satan. Scripture reveals: Seeing that you know these things before (beforehand), beware lest you also, being led away with the error of the wicked fall your your own steadfastness (2 Peter 3:17).

Not Ignorant of Satan's
Devices

Some quotes of interest: The devil's snare does not catch you, unless you are first caught by the devil's bait (Saint Ambrose). Open not your door when the devil knocks (Anonymous).  When the devil is called the god of this world, it is not because he made it, but because we serve him with our worldliness (Saint Thomas Aquinas).

The Apostle Paul wrote: Lest Satan should get an advantage of us: for we are not ignorant of his devices (2 Corinthians 2:11).  The tools of Satan are only effective when people choose to ignore God's Word and walk in the ways of the ungodly. Satan's devices is referred to by Paul who knew such would be instituted to distract or diminish the work of God.

Love Not the World

It was noted that world signifies the evil desire and sin so much a part of human existence.  Love not the world implies that action now in progress (sinfulness of man) must cease; when one takes on the newness of Christ, at the moment of conversion. Scripture reveals: If any man be in Christ, he is a new creature (creation); old things are passed away: behold, all things are become new (2 Corinthians 5:17).

Persevere to the End

Scripture reveals: Be sober (mindful), be vigilant (aware): because your adversary the devil (Satan); as a roaring lion, walks about seeking whom he may devour. Resist steadfast in the faith, knowing that the same afflictions (the tools of Satan) are accomplished (put to practice) in your brethren that are in the world.

But the God of all grace, who has called us (the believers) unto his eternal glory by Christ Jesus, after that you have suffered awhile, make you perfect, stablish (establish), strengthen, and settle you (1 Peter 5:8-10). The believer in Christ is not alone in his struggles in this life but equipped by God to persevere to the end!  Jesus said: He that shall endure unto the end, the same shall be saved (Matthew 24:13).

The Apostle Paul wrote: Put on the whole armor of God that you may be able to stand against the wiles of the devil (the tools of Satan). For we wrestle not against flesh and blood, but against principalities (rulers), against powers (authorities), against the rulers (world-leaders) of the darkness of this world, against spiritual wickedness (wicked human beings) in high places.

Wherefore take (take up) the whole armor of God, that you may be able to withstand in the evil day (which we are in), and having done all to stand (Ephesians 6:11-13).  The whole armor of God consists of: Truth, Breastplate of righteousness, Gospel of peace, Shield of faith, Helmet of salvation, Sword of the Spirit, which is the Word of God; along with and no less important, praying always with all prayer and supplication.

The weapons of our (the believer) warfare is not carnal (of the flesh), but mighty through God to the tearing down (destroying) of strongholds (2 Corinthians 10:4).  We are seeing incidents coming to the forefront that appear to be formidable (hopeless); such as in Biblical times, the walls of Jericho in Joshua's day, the giant in David's day, the lion's den in Daniel's day, but in all those incidents God miraculously came on the scene with deliverance!

The evilness of man enhanced by the tools of Satan, may seen to be prospering, but in the end will come to naught!  Jesus gives a promise to the believer as He revealed to His disciple, Simon Peter:  I say to you, that you are Peter (representing the church), and upon this rock (foundation) I will build my church: and the gates of hell shall not prevail against it (Matthew 16:18).