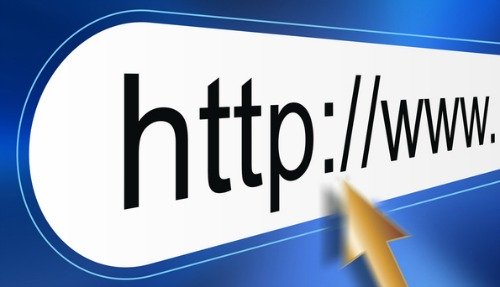 The Latest Weekly Audio Podcast of "Revival in the Word" helps one identify with the Word of God, as revealed through His Word and Spirit, concerning the economic, political, and religious times in which we live.

Below are just some of the many messages that have been presented on the Latest Weekly Audio Podcast Webpage.  These topics have been preserved in their printed form because of their continued importance to what is happening in our world today.

AMERICA AT A CROSSROADS Is America at a crossroads in its relationship to God?  Has it already passed onto the road that will bring God's judgmental?  Are we seeing the results of God's taking away the protective hedge as found in the Parable of the Vineyard (Isaiah 5:1-7)?

In this parable God had planted a vineyard in a very fruitful hill that it should bring forth grapes and it brought forth wild grapes.  It was in reference to the men of Judah and the house of Israel.  In the parable they are condemned for parading their sin before God.  There was no shame, no remorse, nor fear of God.....Read More

A PUPPET CHRISTIAN is one whose actions are controlled or influenced by another.  We are living in a world that dictates the moral habits of others; with one's behavior being the direct result of such an influence; in a setting one's strings are pulled this way or that to control movements to the glee of the puppeteer.....Read More

DERELICTION OF DUTY focuses on those who are "silenced" from speaking the truths of God's Word.  It is failure to do one's duty with the abandonment, desertion, or forsaking of a given responsibility.....Read More

FAMINE IN THE LAND There is a famine in the land of hearing the words of the Lord.  There are many inducements towards one's walking in their own way rather than adhering to God's Word.  Many seducing spirits have captured one's attention rather than allowing God's Word to settle into one's heart....Read More

GOD'S WATCHMAN is to sound the alarm to warn of impending judgment; unless repentance is sound as in the case of Nineveh.  God gave that great city (of over 600,000 inhabitants) forty days in which to repent.  Many nations have increased their ungodliness; with no thought towards a rescinding order from God.....Read More

ILLS OF OUR SOCIETY In Greek mythology a woman name Pandora is mentioned, who was entrusted with a box containing all the harm that could plague mankind, and she opened it. Though this is only a myth it is as if this has happened. Safeguards that were in place yesteryear are being cast aside to allow evil to override that which is morally and biblical right. We are living in a time which flaunts that which is good and makes evil appear acceptable (Isaiah 5:20).

Does one set in their chair of ease while they see the biblical principles that our forefathers instilled being ushered out? Or does one sound the alarm, as Isaiah, to bring the truth of God's Word to the forefront?.....Read More

PERMISSIVE SOCIETY OF TODAY warrants a day in court in regards to its allowing ungodliness to flourish in the land.  This permissiveness and tolerance is encouraged by a self-willed and carnal minded society.  There is little censorship today as man allows his vilest nature to be unleashed.....Read More

SOUND THE ALARM is to awaken people to the reality of what lies before them.  There are many who need to wake up in regards to ungodly ways.  There is a filth of ungodliness that is polluting many nations influencing the lives of young and old alike.....Read More

THE FRESHNESS OF GOD'S SPIRIT is prevalent, to the believer, when one's focus is on God and of His only begotten Son.  The word fresh implies bring full or renewed.  God has wonderfully supplied an outpouring of His Spirit to those who are prepared in their heart and life to receive the blessings of His Spirit.....Read More

THE LITTLE FOXES are alluded to in God's Word; as well as the cunning of the fox.  In one place Jesus called King Herod "that fox!"  The significance of the title of this message is revealed in a modern day  setting.....Read More